Written by Murray Ashton on Sep 19, 2012. Posted in Interviews

Olivia is a Producer and Managing Director, running her own company, Johnny Foreigner, a Directors’ Agency based in London. Most of her clients are production companies who hire her directors for one-off assignments. 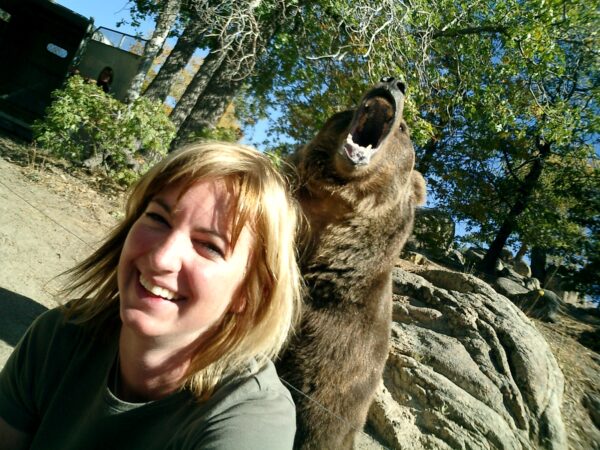 How did you get started in the advertising industry?

It was a bit of a fairy tale! I was temping in the creative department of a big ad agency that was doing all the sexy jobs in the 1990s. The creative director at the time called me into his office asking me what the hell I was doing as a temp! He said my talents were wasted and I ought to become a Producer. He called ten buddies in London's top production companies and arranged ten interviews for me. I got four job offers.

Since then I’ve worked at Pink, Stink, Blink, Rattling Stick, RSA, Great Guns, Smuggler and Another Film Company in London. I also moved abroad and serviced jobs through Stillking in Chile, The Farm in Cape Town and Bright Pictures in LA. Now I run Johnny Foreigner.

Because of my stints in Cape Town and Chile, I handled quite a few shoots down there but my most exotic shoot was in China's Guang-Xi Province in the middle of rice paddies, mud huts and stunning limestone mountains.

Wrangling a brown bear in the Californian mountains was a challenge. Thick forests meant he was hard to keep track of.

What advice can you pass on about filming internationally?

Wherever you are in the world, don't expect anything to run like it does in the UK. Have an open mind and more often than not their suggestions and way of working will get to the same result in the end. Just enjoy the cultural differences!

Is there anyone you would like to give a special mention?

The Kitchen in Hong Kong, all the grips in Chile, the security guys in Germany, the drivers in Spain and the catering in the USA!

What has been your hardest on-location challenge?

Wrangling a brown bear in the Californian mountains was a challenge. Thick forests meant he was hard to keep track of. 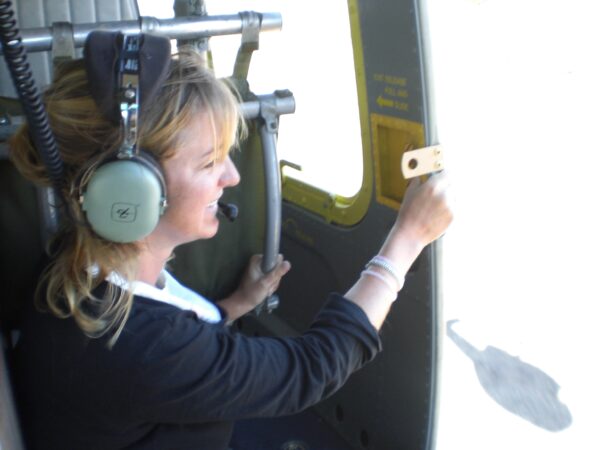 Los Angeles, because it’s soooo easy! Nothing is a problem and everything has been done before.

Where, in your experience, do you consider you got the best production value?

Without a doubt Cape Town. There are incredibly experienced crews and they are very understanding and motivated. London standards (maybe even higher?) but half the money. And it’s sunny!

Budapest after Carphone Warehouse with Zak and Dan. I can't remember much of it and definitely can't remember the venue but the locals definitely know how to party! Then there were also a number of wrap parties in Chile which all blend into one. Liguria Restaurant in Santiago was my favourite.

What do you do to relax after a full-on shoot?

Whisky and peanuts from the mini bar.

Whisky and peanuts from the mini bar!

To find out more about Johnny Foreigner please click here.