The Location Guide has partnered with the Ciclope International Advertising Craft Festival, which takes place in Buenos Aires from November 5th to 8th 2012. The festival specifically recognises the craft of storytelling in international commercial production and 2012 marks its third year.

Ciclope is the first major festival of its kind to focus on the work of production companies and story craft rather than the agency work in commercial production. As a measure of the international popularity it has developed within just a couple of years, this year’s festival has been extended to four days and will feature an expanded line up of judges and guest speakers. 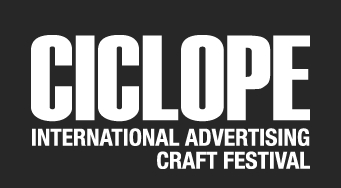 Francisco Condorelli is the festival director: “We have involved 30 jurors and speakers, which is double last year’s figure, and, more importantly, they’re from ten different countries, which will bring a really wide market perspective.

“We have two new sections and categories: Digital, for apps and interactive films, and Production Services, the latter presented by The Location Guide.”

The Production Services category is a unique opportunity for entrants to showcase their exciting work and expertise to a global audience with up to three minutes of behind-the-scenes footage.

In addition The Location Guide will be moderating a Pre-Production Seminar on the first day of the festival as part of its involvement with the events this year. The seminar will investigate topics of debate such as whether service companies can enter the production process earlier, what assistance they should be getting to promote themselves internationally and how technology can help streamline their operation.

Jean-Frédéric Garcia is Publishing Director at The Location Guide: “Ciclope’s growth shows the industry’s support for recognising story craft in commercial production and The Location Guide is excited to be involved.

Ciclope’s growth shows the industry’s support for recognising story craft in commercial production and The Location Guide is excited to be involved.

“The Pre-Production Seminar will give line producers an opportunity to discuss and share ideas about the future of their industry and how to make more of an impact on a creative level as the business develops in the coming years.”

Festival workshops will be hosted by companies including Framestore and The Mill. There will also be panel discussions on subjects such as new business models and understanding the Latin American market.

The deadline for entries to this year's festival has now been extended to September 26th 2012.