The Cape Film Commission in South Africa has urged caution for a plan to alter a local landmark that’s become a popular filming location. Cape Town is considering developing its foreshore highway, which has been sitting unfinished for several decades. 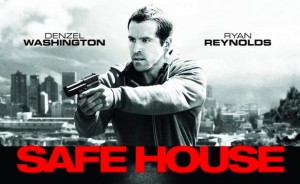 Producers have picked out the highway over the years as a convenient and good-looking filming spot, used most recently by thriller Safe House, which is actually set in Cape Town. While useful for filmmakers, the city doesn’t directly benefit because in most cases location fees have been removed to make the area more film-friendly. Instead, authorities are working with the University of Cape Town to properly develop it.

Denis Lillie is Chief Executive Officer of the Cape Film Commission and spoke to The New Age: “Before the city makes a decision they need to make an analysis on economic benefits for the city for filming purposes.”

Cape Town has thriving filming industries but city authorities are under pressure to make a greater selection of more dynamic locations available for international producers.