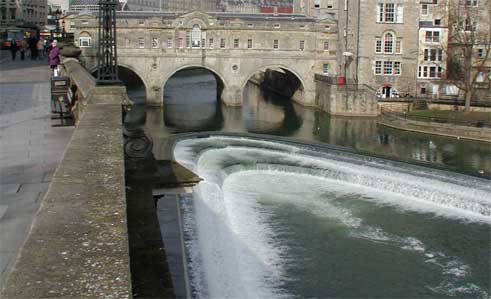 Pat Karam is the production’s Location Manager and spoke to This Is Bath: “Having discovered the fantastically cinematic weir at Putleney Bridge we approached Bath Film Office at what would be considered extremely short notice to shoot this very logistically complicated scene.

“We are immensely grateful that they responded so positively and that so many other Council departments put permissions together at very short notice. As a result everything went incredibly smoothly. Bath is a fantastic city to film in.”

The Bath Film Office was approached only a week before the shoot, the outlet reports, but the office liaised with four different city council departments to ensure everything ran smoothly.