Madrid-based Alamo Films has travelled to Sri Lanka to film a spot for a new fragrance from Spanish designer Adolfo Dominguez. A Journey to Ceylon features Spanish film star Eduardo Noriega as a suave gentleman who flees the corporate world to exotic Sri Lanka. 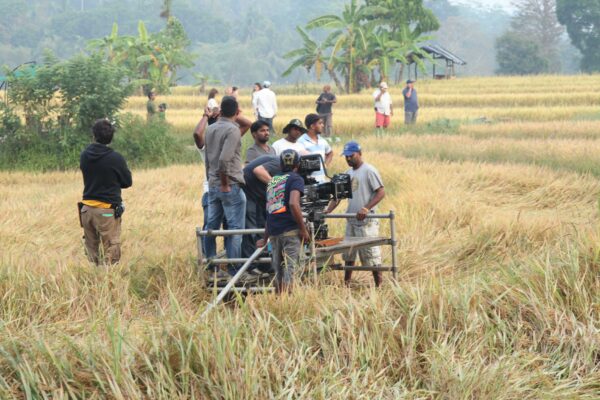 Alamo Films spent three days shooting on location with The Film Team in Sri Lanka. Brief scenes were filmed at the World Trade Centre in Colombo in the south-west of the country to stand in for an anonymous European office as Noriega’s character makes his escape from the Western world.

From there the story makes use of Colombo’s colonial architecture, striking places like the Buddhist temple at the inland town of Kandy and a rope suspension bridge at Kotmale, also in the centre of the country. Set dressing was minimal as the script was written around the natural look of each location, but minor details were added to add to the romantic feel.

Gopi Darmaratnam is with The Film Team: “The biggest challenge was to schedule all these locations for a three-day shoot. They were far from each other with considerable travel time between. It required proper production and logistical planning for the moving of crew and equipment.”

The biggest challenge was to schedule all these locations for a three-day shoot. They were far from each other with considerable travel time between.

Filming also took place at a colonial-era railway station in Rambukkana, west of Kandy. Diesel trains usually operate here, but the production team arranged for a steam engine to match the overall romantic look of the commercial.