Written by Murray Ashton on Nov 23, 2012. Posted in Interviews

Filming on location in Dubai with Filmworks CEO Tim Smythe

Tim has been working in feature films, documentaries and commercials for over 25 years, beginning in South Africa. He relocated to Dubai and set up Filmworks in 1998. The company has grown into one of the biggest and most reputable film companies in the region. 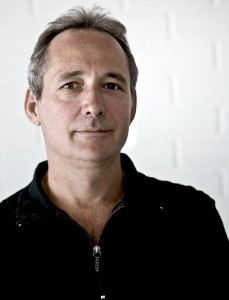 Filmworks has a sister company that provides equipment and crew, in-house post-production, a stills department and of course an extensive database of locations.

What can you tell me about Filmworks and the region you cover?

Filmworks isn’t just Dubai - we have a big network that covers pretty much all of the Middle East, as well as Beirut, and offices in Cape Town and Los Angeles. The types of locations we work in are basically anything and everything!

In Dubai we’ve got beautiful sand dune deserts, huge modern high-rise buildings and a developing city with everything from gritty back streets and proper urban dives to the most elegant waterfront five-star hotels with all the glitz and glamour. There are quite a few record-breakers in Dubai, including world’s tallest building the Burj Khalifa and the world’s largest viewing panel at the Dubai Mall Aquarium - great for underwater filming!

We’ve put in a lot of time and effort at Filmworks into building a local support network of great crews and the latest equipment, and the facilities are everything you could need. What’s even better is that international crews shooting here get to stay in great hotels right on the beach and party at some amazing venues; Dubai and Abu Dhabi are both great places to shoot!

A lot of desert shoots are done here in the United Arab Emirates (UAE), but also we make use of a lot of the big buildings like the Burj Al Arab or Burj Khalifa, as well as other iconic buildings that you’d recognise.

Filming the Burj Khalifa for Mission: Impossible – Ghost Protocol was a tough one. There was a lot of paperwork, insurance and various hoops to jump through, but it was worth the outcome!

Filmworks is primarily a feature film and commercials company, although we really cover all areas. We shot with Paramount Pictures when they came to Dubai for Mission: Impossible and also a scene in The Bourne Legacy with Universal. On a day-to-day basis our clients tend to be big brands like Emirates Airlines, Emaar, Shell, Pepsi, Galaxy and GM.

Are there any tips that you would like to offer our audience about filming in your region?

Things to bring when planning to shoot in the UAE: Sun cream, a hat, a strong liver, an open mind and some patience. We work hard and fast here so be ready for it!

Which are the best airports to use to film locally?

There are hotels to fit every taste and budget. If you want opulence you can try the Burj Al Arab, the world’s only seven-star hotel! For wrap party venues it has to be somewhere like Nasimi Beach at the Atlantis where you can party with the sand under your feet and the stars overhead, with the best DJs and of course shisha!

Go jet-skiing. Go on a camel ride in the desert, go dune-bashing. Party al fresco and take a trip to a five-star spa for some pampering.

What do you do to switch off after a full-on location shoot?