Fly Films in Shanghai has played specialist tailor for an elephant in India and also filmed on location in China and Mexico for a new Denizen jeans campaign. Different presenters were chosen to visit each country for a series of adventures that helped promote the brand, which is part of Levi’s. 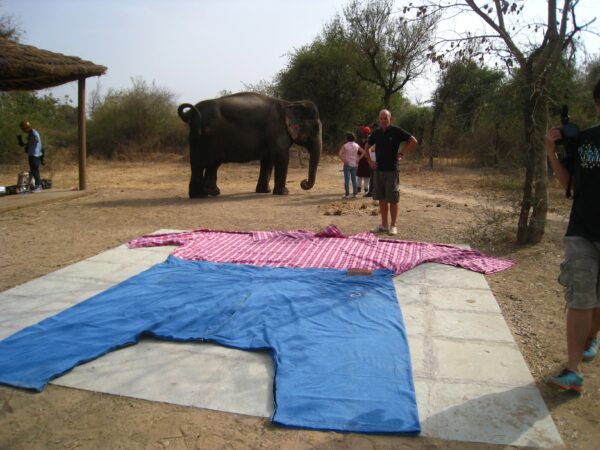 Alongside their China shoot, the production team scouted extensively in India and Mexico to decide where best to film, visiting each of the cities – including New Delhi, Mumbai and Jaipur – where they planned to film.

“We had a 12-strong crew from our Asia base,” says producer Karen Lee: “We were generally only hiring fixers – along with the production service company – in each country. Occasionally we had a local specialist like a Steadicam operator to complement our main crew.”

Figuring out the logistics of fitting an elephant with Denizen jeans was among the more eye-catching challenges they faced during 11 days of filming in India. Measurements were tricky to fix and there was some trial and error as the elephant’s waist fluctuated in size on a daily basis according to how much she was eating.

We had a 12-strong crew from our Asia base. We were generally only hiring fixers – along with the production service company – in each country.

Kanika Raheja produced in India for servicing company Angles Unlimited: “We figured out that if Laxmi the elephant ate less, her stomach would be down 50 inches! The very next day was the big day. We kept our fingers crossed. Laxmi measured 175 inches that day and we had kept tailors on standby to alter her costume just before the parade.”

“Angles Unlimited in India was really great,” Director Eric Ransdell comments: “Angles was very much on the same wavelength as us and completely understood what we were looking for. Angles made everything easier, making us aware of all the permit costs well in advance, and the crew were generally just fun to be around.”

Mexico was a less positive experience for Fly Films. They had problems with permits and location payments, and found it tricky to reach the standards they were looking for.

“Scouts came back with information reading like a travel blog entry instead of providing logistical information,” Lee recalls: “I thought those details were basic expectations but it's best to over-communicate as you can never be too sure. Thankfully, we did capture great footage and Mexico really is a beautiful place to shoot.”