Toronto-based Soft Citizen filmed on location in South Africa for War Child Canada. The spot promotes schooling and childhood fun as ways to tackle issues like child soldiering and the prevalence of landmines in Third World countries. 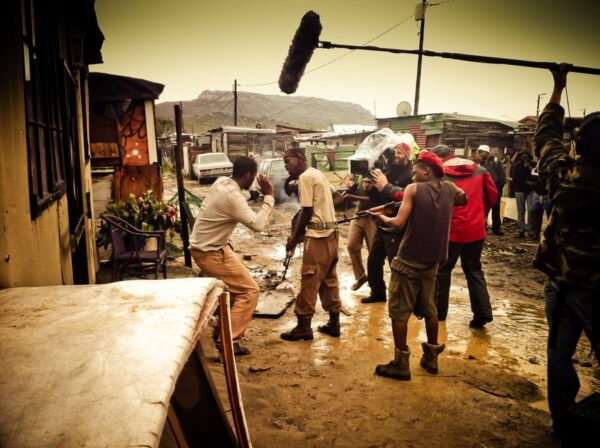 Soft Citizen chose to shoot in South Africa to stay relevant to the themes of the piece and because of their prior relationship with servicing company AFS. They were working with a low budget so the whole operation was a stripped-down affair and filming was restricted to a single shoot-day.

“The budget was definitely financially challenging from the get-go,” director Henry Lu recalls: “Basing our production in South Africa really allowed us to stretch our dollar.”

Because of the tight schedule all the locations had to be found within the Greater Cape Town area, while also having enough of a contrast to suggest broader settings. Aside from the time constraint, working with explosions and firearms was potentially problematic.

Brin Kushner produced for AFS Productions: “One of the biggest challenges on the job was having actual AK-47s (assault rifles), grenades and explosions on set, and making sure that the public didn’t think it was an actual conflict incident.”

One of the biggest challenges on the job was having actual AK-47s, grenades and explosions on set, and making sure that the public didn’t think it was an actual conflict incident.

The nature of the project as a Public Service Announcement made it easier to win over the townships where they filmed and locals even cooked meals for the crew.

“I'm not sure if other production companies would choose to shoot in the townships that we filmed in,” Lu adds: “But my advice would be to enter the townships with honesty and you will be rewarded with something true.”