Manchester’s Sharp Project, a digital and production complex in north-west England, will expand to better cater for national and international projects. Two new stages of more than 35,000 square feet will be built, as well as space for production offices and dressing rooms. 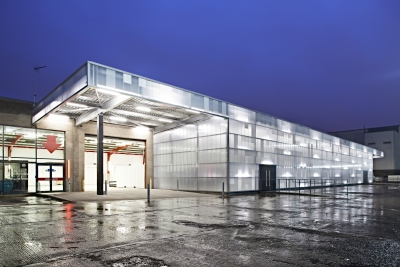 Sir Richard Leese is Leader of Manchester City Council: “The Sharp Project really does go from strength to strength. These latest proposals have the potential to cement the Manchester City Region’s reputation as the UK’s creative industry capital and will help us attract major production companies from both the UK and overseas.

“We estimate that up to 475 jobs could be created at this new site alone, which is fantastic news for the local community.”

Northern England is becoming more popular as a filming location and saw a surge in interest over summer 2012 as productions sought an alternative to London during the Olympics. Prior to that, Manchester doubled for New York in scenes for the first Captain America film and the city signed up to the UK’s Production Liaison Charter shortly afterwards.