HASP Training specialises in hostile environment advice and recently gave Passion Pictures medical training to prepare for documentary filming in remote parts of Ecuador. Based in Bournemouth in the UK, the HASP team is drawn from the UK Armed Forces. 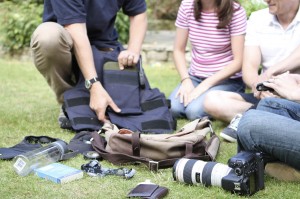 Considerations for filming in remote and hostile environments take a wide variety of factors into account, such as the practicalities of equipment use on location and how to travel safely.

Rupert Godesen runs the company: “Filming anywhere involves a lot of equipment, but when you go overseas or to remote or inhospitable areas the challenges multiply.

“Even before you’re on the plane you need to carry out detailed research into your communications plan. Will you be transmitting or carrying it out with you? What about the power to recharge batteries? The voltage has to fit your equipment and the hotel might suffer from blackouts regularly.”

Advice extends to negotiating Customs areas in places where bribery and corruption may be rife, through to the use of overt and simple code words, known to all the crew, that express perceived danger in a given filming location.

Even before you’re on the plane you need to carry out detailed research into your communications plan.

Hiring a local driver and vehicle for transport needs can create its own challenges. “If he’s driving like Mad Max and you’ve tried everything to get him to slow down tell him you’re going to be sick; nobody wants a back seat covered in vomit,” Godesen adds: “Be careful about threatening him; violence can be an automatic response to even a small threat or slight in some parts.” 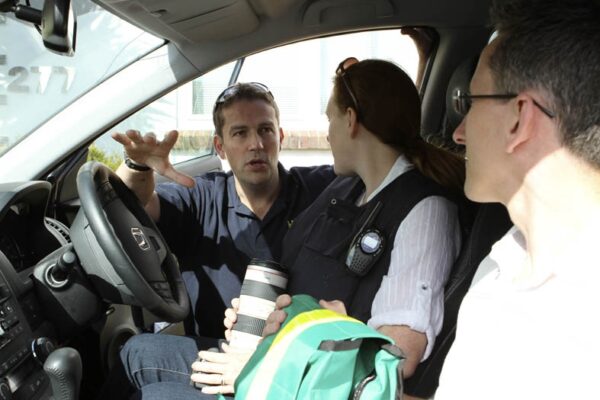 Passion Pictures spent a day with HASP and focussed on how to cope with medical emergencies while on their own in the South American jungle. Treating a range of snake bites was a major component of the training.

Gaby Batsyra is Assistant Producer at Passion Pictures: “Throughout the day and during coffee breaks or at lunch, Rupert touched on group safety, how to deal with a difficult official who was demanding a bribe with menaces, keeping a low profile, filming in crowds and what to do if you think you’re in danger of being mugged.”

Passion also benefitted from a general HASP overview of the wider political situation in Ecuador at the time. Porous borders with Peru and Colombia made banditry a concern and the Ecuadorean Government had recently sheltered Wikileaks founder Julian Assange in its London embassy, leading to a degree of anti-English sentiment.

I think getting the HASP guys along was a big confidence boost for the team.

“I think getting the HASP guys along was a big confidence boost for the team,” Batsyra adds: “Travelling and operating in the world’s ‘hot spots’ and preparing others to do so is their bread and butter so at the end of the day we all felt a lot more confident that we could tackle whatever the trees threw at us!”