Michael John Meehan got his break as Location Manager on Peter Weir's Witness in 1985. Over the years his areas of expertise have become more specialised. He talks to TLG about the challenges of working with water in film production. 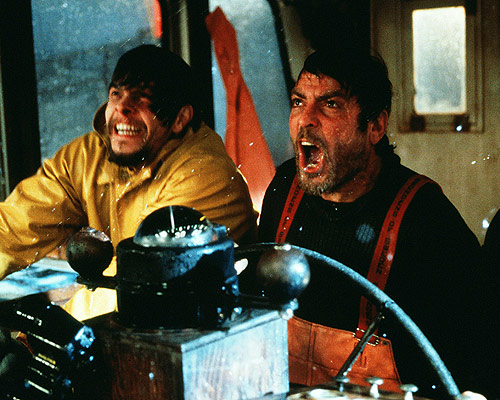 Meehan’s location work over the past ten years or so has focussed on ocean-set stories as the result of a water specialism that began with Dustin Hoffman drama Sphere in the late 90s. Telling the story of a team of experts sent to the bottom of the Pacific Ocean to investigate a strange craft found on the seabed, the production helped set the course of Meehan’s career.

“Water has its own rules and timetable,” he explains: “Water doesn’t care about your schedule. It fills only so fast, heats only so fast and must be cleaned at a fixed pace. All of this costs money and if you try and cut it short you find you can’t react to the changes of production.”

Ocean-set productions often use specially-designed water tanks with boats mounted on jib attachments and with green-screen surroundings to give filmmakers greater control of their shooting environment. This was the case with The Perfect Storm (above) that Meehan worked on shortly after Sphere. Meehan and his team built a million-gallon tank at Warner Bros Studios to tell the true story of a small fishing vessel caught in a savage weather system in the North Atlantic. Fire hydrants were used to fill the tank with filtered drinking water from the City of Burbank.

Disposing of the water was the real challenge. We had it tested all the time to be sure we could put it in the LA River; it required constant vigilance.

“Disposing of the water was the real challenge,” Meehan considers: “We had it tested all the time to be sure we could put it in the LA River; it required constant vigilance. If we had to dump it quickly, we made arrangements with the City of Burbank to put it in the drains. I had to bring down the chlorine to accommodate both.” 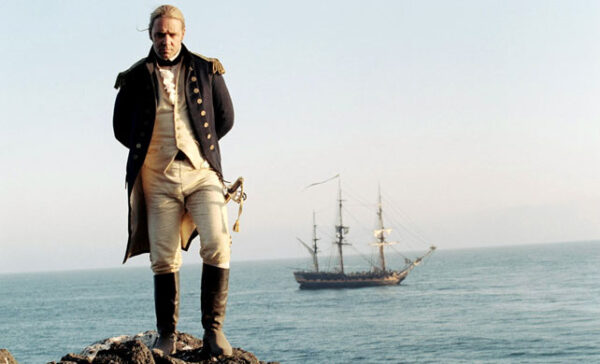 For Wolfgang Petersen’s 2006 remake Poseidon – the tale of a cruise liner that capsizes when struck by a rogue wave on the open ocean – the production team built interior sets of the ship on the same stage where The Perfect Storm had been shot.

Meehan and his team set up “pipes running all over the studio” to feed clean, warm water from set to set as and when needed. He explains that keeping the water clean in this situation is a huge challenge given the amount of detritus that can end up floating around from the studio floor. As with public swimming pools chlorine helps keep things clean but it doesn’t react well with the sets.

Filming stayed partly in the tank but moved outside for Russell Crowe’s Master and Commander: The Far Side of the World (above). An ambitious period drama set in the Napoleonic Wars of the early 19th Century, it marked Meehan’s third collaboration with Peter Weir. Much of the shoot took place in an exterior water tank at Baja Studios in Mexico, where James Cameron built his scale model of the Titanic ten years earlier. More than 16 million gallons of water were pumped directly from the ocean and passed through sand filters before reaching the tank. 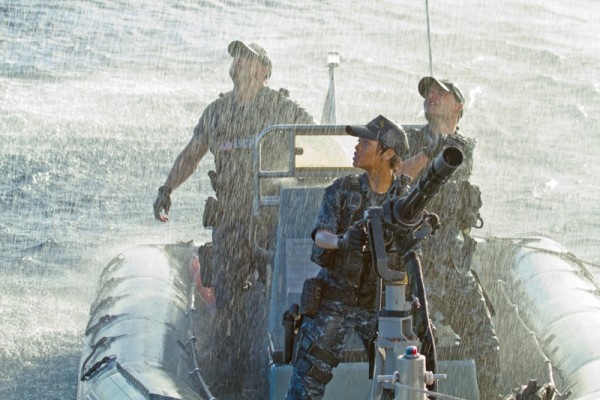 “Waves,” Meehan adds, “are usually generated with large, hydraulic drums which spin and cause a wave to form. These tanks don’t make waves as much as they do ‘chop’. When a wave hits the other side of the tank it comes back and you get collisions; chop.”

Advancements in visual effects mean that water is becoming more practical to create digitally, which could make life easier for Location Managers. The largely ocean-set Life of Pi offers a glimpse into the future of digital water effects, but the film as a whole was an innovation of Avatar-like proportions and it defeated several directors before Ang Lee became involved. Many filmmakers will prefer the physical reality, despite the infamous challenges of open-water filming.

Water doesn’t care about your schedule. It fills only so fast, heats only so fast and must be cleaned at a fixed pace. All of this costs money.

Master and Commander filmed a few days on the open ocean, as did some of Meehan’s more recent work including two Pirates of the Caribbean films and Peter Berg’s Battleship (above). Resources like catering and latrines have to be brought on support boats each day for shoots of this kind.

Meehan’s thoughts on open-water filming are concise: “The first challenge is convincing everyone not to do it. That usually takes one day at sea and the bloom is washed from the rose!”