Written by Malcolm Scerri-Ferrante on Feb 28, 2013. Posted in Contributors

Filming on location in Cape Town

I am on a lovely ‘Caribbean’ beach surrounded by clear water, tall palm trees, smooth white sand, huge boulders, wooden huts and a picturesque village. I would be tempted to take a swim or lie down to sunbathe were it not for the resounding call of ‘Action’.

This quickly brings me back to the reality that I am actually very far from the Caribbean and in fact on the set of a US production 40 km inland from the city of Cape Town in South Africa. The entire art department and construction crew has been recruited locally, as has more than 90% of the full production team.

Crew salaries range from 25% to over 200% cheaper than in Europe so it's easy to understand why Cape Town is stealing the limelight with international shoots. Labour fringes are low at 4.45% even when including a discretionary contribution towards trainee skills development and the F.I.L.M. programme created by the industry to ensure constant growth in the country’s local crew base. The cost of these ‘training fringes’ can be offset with payment made to trainees on set. More on crew working conditions and rates here. 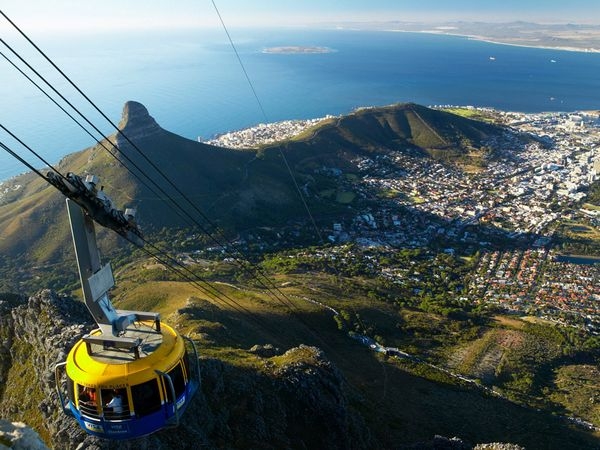 Cape Town has a robust film infrastructure and hardworking crews to support beautiful scenery, excellent cuisine, a first-class lifestyle and inexpensive living costs. It all combines to make production in the city great fun and filmmakers often come back for more. My colleague, Executive Producer Chris Symes, gave me his concise view on the Cape Town filming experience: “Great! Everything is here. And it’s a great place to be stationed for many months.”

Last year Cape Town was the common denominator in two box-office hits released in America. The city doubled for Seattle in the Josh Trank-helmed sci-fi adventure Chronicle, but had a rare starring role as itself in Safe House, a CIA-themed action thriller starring Denzel Washington and Ryan Reynolds.

The Chronicle team explored various production centres around the world, including Australia, New Zealand, Vancouver, Michigan and Louisiana. In the end they came to Cape Town for the infrastructure and the world-class crews. The city centre was used to film groundbreaking stunts and visual effects sequences where the superheroes ‘threw’ vehicles into buildings. Trank singled out South African visual effects supervisor Simon Hansen for helping create “flying like you’ve really never seen in a movie before.” Scenes were also filmed at the new Cape Town Film Studios. 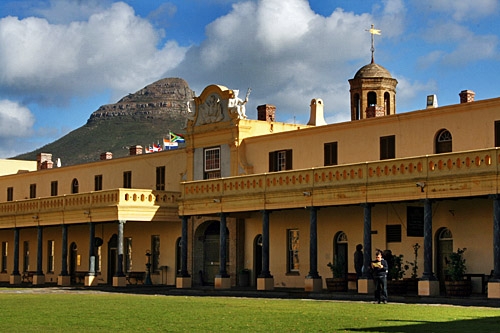 In 2011 South Africa removed the cap on the national cash rebate and increased it to 20% on all local spend, and a further increase to 25% if R3 million (about USD350,000) is spent in the country’s internationally-renowned post-production houses.

Cape Town has a population of nearly four million and is flanked by beautiful peaks including the famous Table Mountain. The Western Cape, which includes Cape Town, offers tropical-looking beaches, skyscrapers, rugged rocky coastlines, rolling wheat fields, forests, mountains, lakes, sand dunes, plains, gritty townships, agriculture, industrial cityscapes and buildings ranging from various Colonial styles to Corinthian and Neo-Classical all the way to contemporary. The proximity of these locations is another huge asset. A production could shoot slick urban glamour one day, a cool leaf forest the other day and dry desert landscape the next.

The Cape Town sun shines fourteen hours a day in the middle of the European winter. Before I first came I was widely cautioned about safety by people who hadn’t been there, but while the city has its share of crime as does every major city in the world, it demands only the same caution that is to be exercised in any large metropolis.

Scores of production service companies have sprung up over the last decade, some specialising exclusively in stills photography or TV commercials, others in long-form and some trying to do both.

South Africa’s promises are big but so are the challenges. The country is home to an astounding number of different cultures and tribes, amounting to over 50 million people. It is a nation of diversity with 11 official languages and scores of non-official dialects. Apartheid created unthinkable divisions and denied education to several black and mixed races, an injustice that many South Africans understandably cannot quickly forget. Government is compelled to consider this whenever formulating policy.

Beyond this thriving nation with its young democracy, vibrant energy and great diversity is a film servicing industry that continues to grow strongly despite its own obstacles. In the last 12 months alone there have been over 200 commercials, unscripted shows, TV series, animation films, long- and short-form films and documentaries. Film Commissioner Denis Lillie notes an approximate 25% increase in filming activity over previous years.

Scores of production service companies have sprung up over the last decade, some specialising exclusively in stills photography or TV commercials, others in long-form and some trying to do both. Perhaps the trickiest task for foreign producers is choosing the right service company. Most companies will never turn down work, in fear of losing out to competitors. This means producers could run the risk of finding themselves working with an over-stretched service company that is trying to manage several productions simultaneously.

But if diligently chosen, producers will find a dedicated company that partners up with their problem-solving and puts their soul into maintaining a high production value. Time well spent to research this during pre-prep will be crucial to ensuring a successful shoot in Cape Town.