Gorgeous has altered time filming on location in Czech Republic for a new Guinness commercial. The Clock is part of the brand’s Made of More campaign and features a sentient clock-tower that decides to impact more on the world around it by slowing and reversing time.

Filming locations were considered all over Central and Eastern Europe before the team settled on Czech Republic and set up a base in Prague. While some of the interiors were shot at Prague Studios, the town square was in Český Krumlov, a city in the South Bohemian region of the country.

“Český Krumlov was a very unspoilt town,” explains Ciska Faulkner, producer for Gorgeous: “It has a distinct style of building and the layout and shape of the town square gave us enough space to work within."

Český Krumlov was a very unspoilt town. It has a distinct style of building and the layout and shape of the town square gave us enough space to work within.

She adds: “It also had an enormous amount of variety and diversity of locations within it, [as well as] an old cobbled surface which helped perfect the detail as many old town squares are now resurfaced and look more contemporary.” 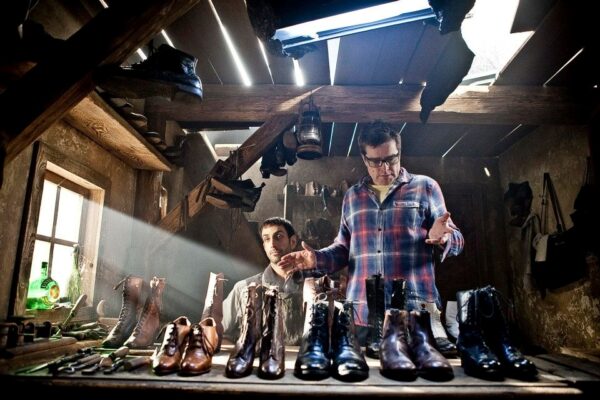 The setting is officially 1890 and the team spent nearly a week preparing the square for the five-day shoot. Few physical changes were made to the square itself, but dressing included removing cafe chairs and table, adjusting signage and spreading straw and mud across the ground.

“It began to snow the morning of the unit move from Český Krumlov,” Faulkner recalls: “It is a fair distance from Prague and we had a large unit with a large number of props, animals, costumes and cast. Managing to get everything to Český Krumlov safely and on time in a snow blizzard and iced roads was challenging. Also, the locations and rooftops were now all snow-covered on the first few shoot days and then it started to melt away.”

Hero Collection in Poland supplied the military uniforms, while the civilian clothing came from Barrandov Studios.