Filming Stephen Poliakoff’s Dancing on the Edge with Creative England 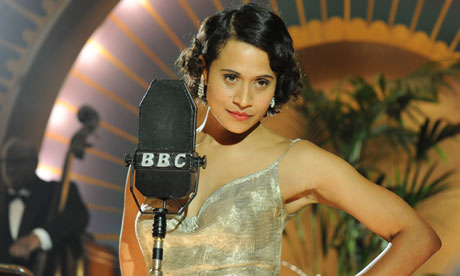 Creative England liaises with local authorities and organisations like the National Trust and the Canal & River Trust to meet production needs. For Dancing on the Edge, Senior Production Liaison Manager Stephen Badham and his team were approached by Location Manager Harriet Lawrence for recommendations for heritage locations, lavish ballrooms and period towns and villages.

“Dancing on the Edge was an unusual case because as Stephen Poliakoff didn’t want to work in a studio setting all the filming locations had to be secured a full year before the shoot,” Badham recalls: “Poliakoff wrote the specific locations into the story at the scripting stage so we were looking both for interiors and exteriors that would be available much further down the line.”

Dancing on the Edge was an unusual case because as Stephen Poliakoff didn’t want to work in a studio setting all the filming locations had to be secured a full year before the shoot.

Finding locations that reflected the show’s 1930s setting was a challenge as it’s a period of architectural history that’s less revered than the Victorian and Georgian eras. It took time to find suitable places that were unspoilt.

Part of Creative England’s general role is to encourage local authorities to become more film-friendly. Many places have dedicated film offices, but when there isn’t one somebody needs to be identified as the main point of contact for a production team and each project needs to be treated equally.

“We educate local authorities on how the filming process works and the kind of support that’s needed,” Badham adds: “We emphasise the importance of treating all productions in the same way. Darker, grittier dramas can have just as much of a positive economic impact locally as the lighter material.”