Written by Murray Ashton on Mar 22, 2013. Posted in Interviews

Frisca Carapelli co-founded Scoutit in 2003 with five other experienced Location Managers, all of whom have a deep knowledge of Italian filming locations. The team has a collective background in garden design, line producing and casting, as well as location work. 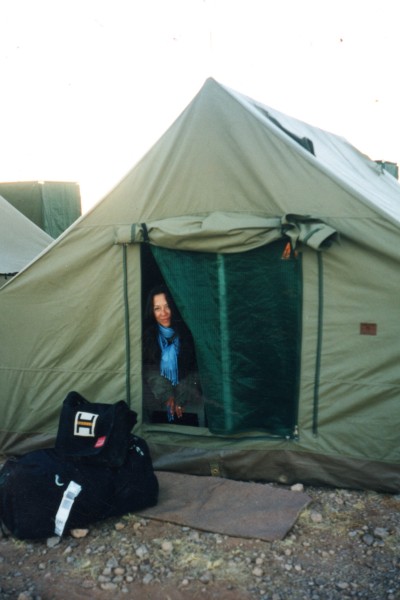 The Scoutit team covers the whole of Italy, including her islands, and we have extensive experience of scouting from the Alps all the way to Sicily. Scoutit has a very agile structure to minimise client costs and we have a co-ordinator who promptly replies to clients when our five Location Managers are busy. This makes our services extremely fast and accurate. We also have a casting department with over 4,000 people in our database.

What locations are most commonly used by film and TV crews when they come and film in Italy?

The Alps, Tuscany, Abruzzo, Apulia, Basilicata, the Amalfi Coast, Sicily and Sardinia are the areas where we work the most.

There are a few that would be fun to remember but one of them is surely Cartier’s L'Odyssée that we did for Orlando Film and that was directed by Bruno Aveillan. It was filmed in June and we shot on top of a glacier with a large crew and three amazing leopards. The only way to go on location was by helicopter and we were in a national park with three predators that weren’t native to the region.

We do a lot of still photography, some TV commercials and sometimes feature films. Recently we’ve worked on commercials for Audi in Liguria and Basilicata, Maserati in Tuscany and Abruzzo, Dolce & Gabbana in Sicily, the BMW Z4 in Abruzzi, Basilicata, Sardinia and Rome, and then the Cartier piece in the Italian Alps. We also worked on a Madonna music video in Florence.

Italy is a country that has really a lot to offer. Shoots can be prepped without spending a fortune and it is a small country with an endless variety of locations so crew transfers are never a huge problem.

Is there any advice that you can offer our audience about filming in the area?

Italy is a country that has really a lot to offer. Shoots can be prepped without spending a fortune and it is a small country with an endless variety of locations so crew transfers are never a huge problem. We can have snow in the Alps but sunshine and 18 Degrees Celsius in Sicily.

If we are talking about Tuscany, where we are based, the choice is between Pisa and Florence and I'd recommend Pisa as Florence (especially in autumn and winter) is often closed. In Pisa you have international flights and quite a number of low-cost companies.

I must mention the Hotel Casanova in San Quirico d'Orcia in Tuscany, the Villa Dragonetti in Paganica in Abruzzo, the Nhow Hotel in Milan in Lombardy and the Lloyd's Baia Hotel on the Amalfi Coast.

Where is your favourite wrap party venue?

We have the luck of working in a country with very pleasant weather conditions and some really talented ‘mamas’ when it comes to cooking, so we love to organise our wrap parties on location. It's far more spontaneous and fun since that special vibe you get on location doesn't get interrupted.

In Tuscany I would recommend a few days in Maremma, which is the lower western part of the region. Most of the people associate Tuscany with Florence-Sienna-Lucca and do not even know about Maremma. It has beautiful countryside, great beaches and small emerald islands. There are charming unspoiled hamlets and divine food and wine; what else can you wish for?