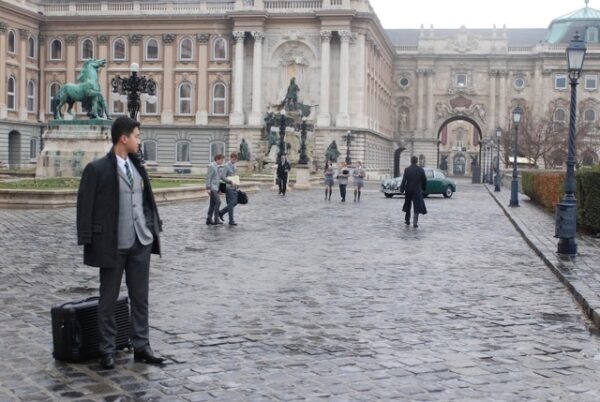 One day of filming was needed outside an historic university location and Jean-Patrick Costantini of IFILM CENTRAL EUROPE scouted across mainland Europe to find somewhere suitable. They needed to create a period scene with a classic car, as well as hiring specialist camera equipment and background extras.

“I found great locations in France, Italy and Spain,” Costantini comments, “to duplicate the idea and even if these were not Oxford, the locations explained clearly that we were outside an old European university. The best options were in France and Italy but the budgets were still too high, so I thought that the only choice was to consider Eastern Europe.”

The team settled on Buda Castle in Budapest as it could offer a distinct sense of place and a “majestic setting” that conveyed “Europe, grandeur and history” in a single shot.

Budapest is a city of purity and freshness. It’s a charming European city that’s still very European without a lot of big signs from big brands like others.

“Although our shooting day was a tough sub-zero outdoor shoot with day-long light rain,” says Director Richard Au-Yeung, “it actually worked to our advantage because it was the perfect mood for this film.” 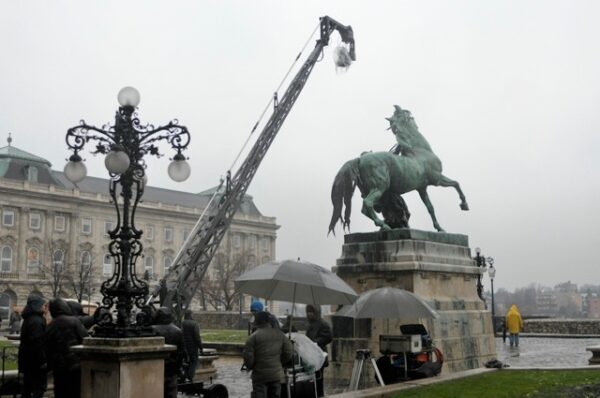 Location permitting and casting became the biggest challenges in Budapest. Buda Castle is a major tourist attraction so visitors were let through the various affected spaces between shots and set-ups to minimise any disruption.

“It’s hard to believe you need four different permits to shoot on the same location because each different corner belongs to different departments,” Au-Yeung adds: “It’s something that needs to be improved.”

Casting was more restrictive than usual as the team tracked down an Asian teenager from the local community. Otherwise the shoot went relatively smoothly and Au-Yeung was pleased with the results.

“I think Budapest is a city of purity and freshness,” Au-Yeung concludes: “It’s a charming European city that’s still very European without a lot of big signs from big brands like others. Every corner you turn has its own unique look and feel.”