Blink Productions headed north of Scotland to Shetland to film a dancing Shetland pony in a celebration of silliness for the Three network. The spot features the tiny pony showing off its dance moves on a scenic cliff top.

One minute you have rain and the next you have bright sunlight stabbing through the clouds and there’s a stunning rainbow.

“We spent five days filming in November,” says producer Ewen Brown: “Because Shetland is so far north, the sun was rising at 8:30am and setting at 3:30pm. That timeframe was a challenge, but the magic hours of sunlight were basically all day long.” 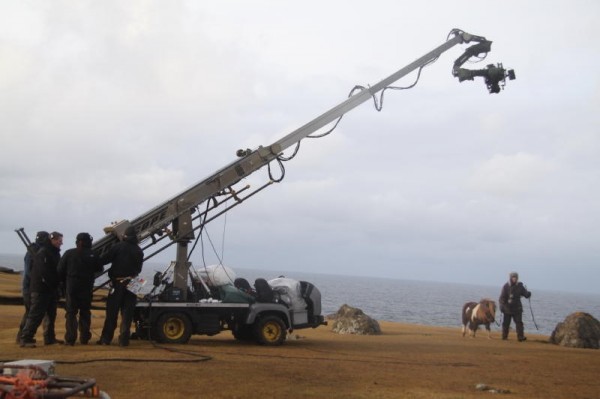 A helicopter was used for the opening shot of the island of Foula, but most of the filming took place on a spectacular mainland cliff top within an hour’s drive of the capital, Lerwick. The dancing pony itself is a combination of live-action filming and visual effects.

Shetland may feel remote but with a thriving oil industry it’s well connected to the Scottish mainland with nearly a dozen flights a day. In this instance the production team flew in via Glasgow and equipment was ferried by sea overnight.

“The weather is perhaps the biggest issue and it’s very windy,” Brown adds, “but one minute you have rain and the next you have bright sunlight stabbing through the clouds and there’s a stunning rainbow. It’s really very dramatic.”