Steven Spielberg is developing a feature through DreamWorks Studios that is partly set in Kashmir. He won’t direct the project, but it will be produced in conjunction with DreamWorks’ partner in India. 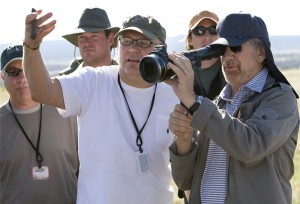 “We have finalised a script for a movie that DreamWorks and our partners Reliance Entertainment plan to make together,” the filmmaker told Times of India during a special Q&A session in Mumbai: “Part of it will take place on the India-Pakistan border in Kashmir. But we're still trying to figure out the casting, locations and who's going to direct it.”

Spielberg has filmed in India himself, although the last time was for Indiana Jones and the Temple of Doom in the early 80s. More recent high-profile Hollywood productions shooting in the region have included Kathryn Bigelow’s Zero Dark Thirty and Christopher Nolan’s The Dark Knight Rises.