Crime feature Welcome to the Punch spent weeks filming on location throughout London and shot action sequences around Canary Wharf in the Square Mile. Eran Creevy’s movie pitches cop against criminal in the Isle of Dogs region of East London. 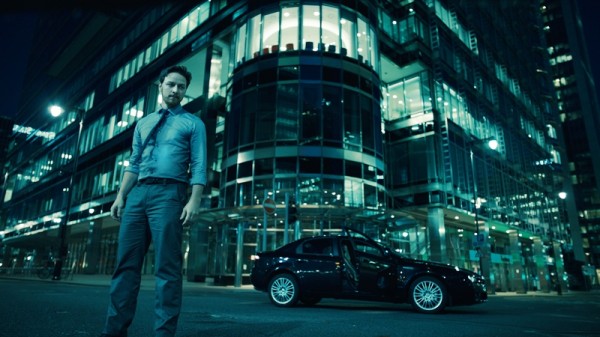 Creevy was always intent on filming in and around the locations where his story was set. An extensive scouting process steered away from London’s classic landmarks.

“Eran wanted to use the new glass and chrome architecture that characterises the modern landscapes around the Isle of Dogs,” says Location Manager Ben Piltz: “I’ve been working as a Location Manager in London for ten years and I’d never scouted the places where we explored and ended up filming.”

We got them to shut down two thirds of the Canary Wharf estate over a weekend. We ended up with motorbikes on the pavement and tracking quads (camera operators on quad bikes) chasing after them.

“We got them to shut down two thirds of the Canary Wharf estate over a weekend,” Piltz recalls: “We ended up with motorbikes on the pavement and tracking quads (camera operators on quad bikes) chasing after them. I think it helped that we were a smaller, East End production team. Also, Eran is involved as a mentor with various filming initiatives in the area – the location fees are all fed into local charitable organisations.”

The production spent six weeks filming on location, with additional places like the London College of Communication doubling for a police station. A week was also spent in 3 Mills Studios in East London.

Welcome to the Punch is out today in the UK and will be rolling out worldwide in the coming weeks.