World War I feature The Wipers Times has started filming in Northern Ireland, doubling the region for Belgium and London. Set in 1916, it tells the true story of a satirical newspaper that was published for troops on the Western Front when soldiers found an old printing press in Ypres. 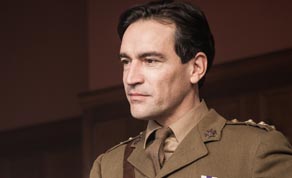 The UK’s location filming tax credit drew the production to Northern Ireland rather than mainland Europe. Filming began at Ballywalter Park Estate in County Down, where trenches were dug to recreate the wartime setting.

“If you look around here you will see that a lot of the crew are local; ancillary staff, vehicles, catering,” Northern Ireland Screen’s Rick Hill told UTV: “They come here because we have got the skills and talent in Northern Ireland.”

Northern Ireland’s production industry has grown in recent years partly due to HBO’s fantasy series Game of Thrones, which is based at Belfast’s Paint Hall Studios. The scale of the production – which has also filmed in Iceland, Morocco, Croatia and Malta – has helped expand the local crew base.