Written by Tony Cordeaux on Apr 9, 2013. Posted in Contributors

India is an astounding, ever-changing, chaotic melting pot of ideas, religions, landscapes and history that contribute to its mind-boggling diversity. Perhaps this is why so many creative minds have been attracted to the sub-continent over the years? It is impossible to run out of inspiration.

The country is so diverse that anything you write about it can be accurately contradicted by an equal and opposite statement. I will endeavour to give you a flavour of some of the endless location possibilities beyond the encyclopaedia stereotypes. 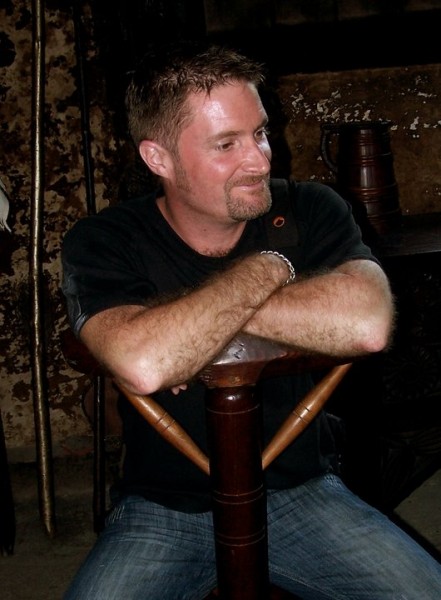 Firstly it's important to understand that India is effectively a union of states under a central federal government, which is quite similar to the US model. All the states have unique cultures, which often include their own language, cuisine, legal framework, dominant religion and geographical features. There are very few countries where you can shoot deserts, mountains, tropical jungles, white-sand beaches, remote tribal villages, sweeping plains and some of the most populous cities on Earth in one place. India offers all this and more.

Traditionally, productions have come to India only if they want to shoot India. In the last 20 years, however, the infrastructure has been improving at an exponential rate. India has significantly outpaced its neighbours and is almost certainly the best option for scripts requiring locations elsewhere on the sub-continent.

In the last 20 years India's infrastructure has been improving at an exponential rate. India has significantly outpaced its neighbours and is almost certainly the best option for scripts requiring locations elsewhere on the sub-continent.

Ladakh in the far northern state of Jammu & Kashmir can be a bit of a mission as cast and crew need to acclimatise to the high altitude and equipment needs to be flown in. It has more in common with its neighbour Tibet than the rest of India and no place on Earth would make a better double. Ladakh's gompas (Buddhist temples and monasteries) are similar to those in Tibet, complete with monks, Tibetan murals and calligraphy. The landscape is also identical. Part of the Tibetan plateau is in Rhupsu in Ladakh and the huge Pangong Tso lake is half in Tibet and half in Ladakh. Many Tibetans live here in exile and the indigenous Ladakhis look more or less identical. Ladakh would also double for other high-altitude mountain deserts such as the Atacama in Chile.

The Raan of Kutch (above) in the western state of Gujarat is a massive salt desert whose landscape is distinctly other-worldly. In some areas you can shoot for miles to the horizon across a perfectly flat brilliant white landscape.

Goa (below) on the west coast is very much on the tourist map but offers unexpected joys. During a recent Hollywood feature film shoot here for The Letters, we extensively used obscure villages, colonial mansions and a slum area to double many different international and domestic locations. There are beautiful hidden beaches, remote villages, wildlife sanctuaries, spice plantations and a jungle-covered range of hills called the Western Ghats, all within a two-hour drive. At the end of the day you can retreat to an international hotel by the beach.

The Munnar tea estates in the tropical southern state of Kerala have a surreal beauty. Ask a child to draw rolling green hills and they would draw Munnar. If you have a commercial for tea in the pipeline, this should be top of your list.

For those interested in religion and culture my advice is to follow the Ganges. Many of the most holy sites in India are situated along the banks of the river. The bathing ghats, temples, festivals and rituals make great images. The source of the Ganges is at Gaumukh, a three day trek from Gangotri in Uttaranchal. It’s a beautiful place surrounded by lofty peaks and a glacial valley.

Where the Ganges emerges onto the plains, Haridwar is one of the venues for the largest gathering of humanity, the Kumbh Mela.

Where the Ganges emerges onto the plains, Haridwar is one of the venues for the largest gathering of humanity, the Kumbh Mela (below). Near Delhi you can find the bathing ghats of Mathura, which are sometimes a good alternative to shooting at Varanasi due to their proximity to the capital and similar look and feel on a smaller scale. Then, in the central plains of Uttar Pradesh, the hustle and bustle of the big brother of Ganges locations, Varanasi itself.

There’s good news for those actively interested in bringing a production to India. The Ministry of External Affairs has streamlined the process for 'documentary films', which includes fashion and tourism shoots and commercials. They now endeavour to clear non-sensitive documentary productions in three days, although state permits may still take longer.

Also proposed is a new national single-window permit process for scripted foreign productions to streamline the process if you require permits from various government agencies such as railways, airports, monuments and forests. Watch this space.