Warner Brothers arranged renovations to Engel Stadium in Tennessee for its baseball drama 42. The film tells the story of Jackie Robinson, the first black player of the modern era to play Major League Baseball – with jersey number 42 - when he signed for the Brooklyn Dodgers in 1947. 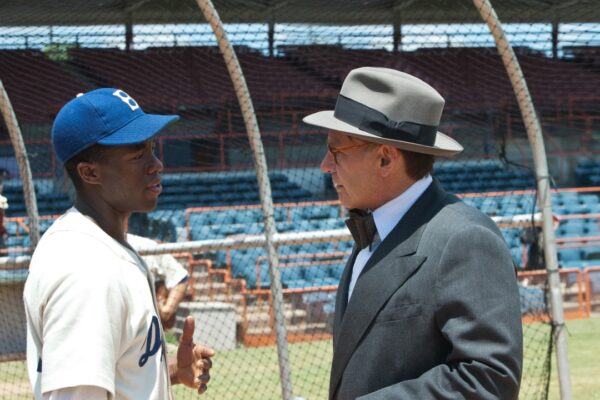 The stadium, in Chattanooga, Tennessee, on the state line with Georgia, had begun to fall into disrepair. After a few weeks of negotiations and inquiries, dugouts were removed, grandstands built and extensive green-screen walls were fitted to aid with visual effects in post-production.

“Engel Stadium turned out to be our crowning jewel of all our stadiums because of the freedom to manipulate it the way we needed to,” Location Manager Eric Hooge told Times Free Press: “What we gave them in the end was a playable ball-field. We helped them to get started on the restoration of Engel, which is great.”

The stadium actually doubled for several different 1940s-era baseball grounds during the shoot, with production design switches sometimes being made in just a few hours. Studio work for the film took place at Atlanta Film Studios in nearby Georgia.