Oman, on the south-east coast of the Arabian Peninsula, has invited a group of Bollywood filmmakers on a location scouting trip. Filmmaker Ashwini Chaudhary, director Sanjay Puran Singh Chauhan and film producer Anjum Rizvi have been enjoying their first visits to the country. 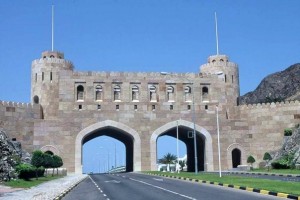 “If you look at Bollywood or even Hollywood,” Chauhan told Times of Oman, “the audience has been exposed to almost all locations except for those in this part of the world. Oman has a different terrain compared to Dubai.”

“Bollywood movies are only shot in parts here in Oman because there is no support system,” Chaudhary commented to the outlet: “Filmmakers choose locations that offer logistics support (like the United Arab Emirates). If Oman can provide a post-production film studio, then I am sure the country will become the most sought-after film location.”

For Oman, the trip is an opportunity to showcase the country to the Bollywood industry and convince producers to bring larger film units across the Arabian Sea.