Pinewood Indomina Studios in the Dominican Republic has been given a direct investment of USD20 million to help develop the studio’s facilities and start specialist training programmes. International Finance Corporation (IFC) - a member of the World Bank Group – has provided the money. 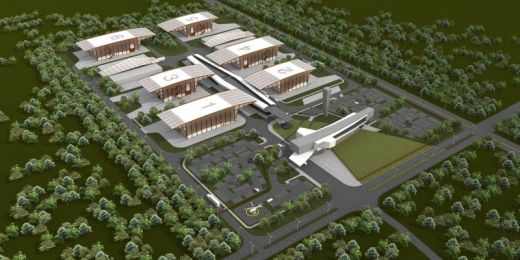 Located near the capital Santo Domingo, Pinewood Indomina Studios is expected to open in its initial phase in June 2013. At this point its facilities will include three sound stages and a water tank facility, as well as numerous production services and office space.

“Indomina's partnership with IFC is a key milestone in the company’s evolution,” said Indomina’s Chief Financial Officer Antonio Gennari: “IFC’s financing enables us to invest in Pinewood Indomina Studios, the media park and Indomina's film production, as well as execute top-quality training initiatives for small and medium businesses that will provide services to the film and television industry.”

The IFC’s USD20 million investment comes on top of a USD10 million syndicated loan from the same organisation and the money will help boost the regional production industry.