Authorities in the Peak District region of central and northern England are hoping for a boost in film tourism after the area was used as a filming location for BBC TV drama The Village. The series charts the social history of a single English village over the course of the entire 20th Century. 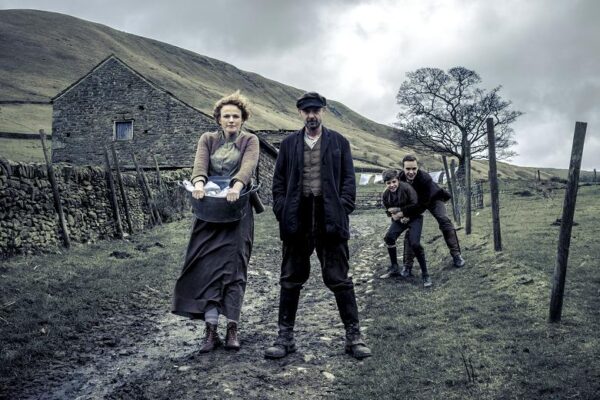 Company Pictures focussed filming for The Village on Hayfield in Derbyshire, but the shoot also visited locations including nearby Edale. “[Edale] was incredibly beautiful and at the same time very wild - exactly as I'd imagined it,” offers series writer Peter Moffat: “Then when I met the farmer Roy - who is in his 80s and was born there and has never left - fiction and historical reality joined up.”

“It’s not unfamiliar to see the Peak District as the location for major films and TV series,” says David James, Chief Executive of Visit Peak District and Derbyshire: “From Jane Eyre to Harry Potter, the Peak District, and its diverse range of fantastic locations, has for a long time attracted film and television crews.

“I expect a rise in visitors to the villages of the Peak District once viewers see the natural beauty of this part of the country on their TV screens.”

I expect a rise in visitors to the villages of the Peak District once viewers see the natural beauty of this part of the country on their TV screens.

“We have a tremendous variety of filming locations in the regions,” adds Chris Hordley, Creative England’s Production Liaison Manager for Yorkshire and the East Midlands: “Creative England works hard both to ensure that productions know about these locations and to facilitate filming requests quickly and efficiently so that we increase the flow of production to these areas.”

The Village is showing in the UK on Sunday nights on BBC One.