Political TV drama House of Cards has started filming its second season on location in Baltimore, Maryland. The first season delivered USD140 million to the state in direct production spending, according to Governor Martin O’Malley. 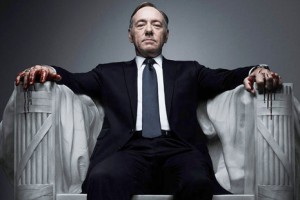 Maryland increased its location filming incentive from USD7.5 million to USD25 million for the fiscal year 2014, which the Governor’s Office says helped secure House of Cards.

“Together with our leaders in the General Assembly, we've expanded the Film Production Tax Credit,” O’Malley offered in a statement, “and as we welcome the cast and crew back, we also look forward to more job creation and economic opportunity to come.”

The show’s first season employed more than 2,200 Maryland actors, crew and extras, and made international headlines for being the first TV series to be exclusively streamed online through Netflix.