Action sequel Fast & Furious 6 takes the franchise to the UK but filmed many of its London-set scenes in Glasgow. Shooting took place in mid-2012 at a time when production activity in London was more restricted because of the Olympic Games. 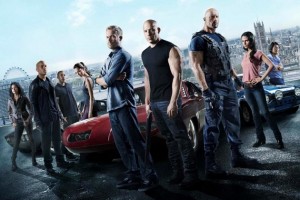 “Fast & Furious shot in the International Financial District in Glasgow city centre,” explains Beverley Murray of the Glasgow Film Office: “The production wanted to film several chase scenes through a city centre which had large office blocks and because Glasgow has wide streets and an easily manageable grid system, they knew that Glasgow would be a possibility.”

A smooth stretch of road was needed so that the stunt drivers could turn corners at high speed. Street furniture - signs, bike racks and parking meters - was removed from the curbs and the facade of a bank was constructed as a set for a crash scene.

The scenes were set at night. They were all stunt-based and included high-speed car chases, crashes, car flips, modified vehicles and - on three nights - intermittent gunfire.

“The scenes were set at night,” Murray adds: “They were all stunt-based and included high-speed car chases, crashes, car flips, modified vehicles and - on three nights - intermittent gunfire. The preliminary work was extensive and Glasgow Film Office liaised with the production, the police, fire service and all the relevant Glasgow City Council roads and transport personnel.” 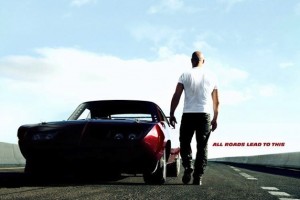 Noise was one of the main challenges and the film office liaised extensively with financial district residents living close to the action.

Glasgow’s street grid system – common in the US but unusual for a UK city – particularly enhances its film-friendly reputation and has captured Hollywood’s attention in recent years. World War Z’s production team spent nearly a week turning the city into Philadelphia for a dramatic zombie apocalpse, while the Wachowski siblings and their co-director Tom Tykwer dressed the streets to look like both London and a period San Francisco for their ambitious feature Cloud Atlas.

To find out more about World War Z filming in Glasgow click here.