Authorities in Texas have tripled the size of their location filming incentive fund, broadening the state’s production appeal. The move means Texas will offer USD95 million for the next two years, a massive increase on the USD32 million that was allocated in 2011. 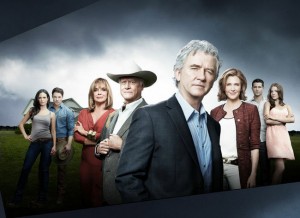 Representative Dawnna Dukes of Austin singled out the lobbying efforts of the Texas Hotel and Lodging Association for helping boost the film fund, the Austin Chronicle reports. The organisation highlighted how visiting film productions impact on hotel room nights in the Lone Star state and lobbied to have hotel tax revenue rolled into the fund.

“Having film production in Texas created heads in beds,” Dukes told the outlet, “and therefore they felt that it was in their best interest to put up a small percentage of the tax.”

The Texas Moving Image Industry Incentive Program offers a location filming rebate of up to 17.5% on eligible local spending, or a rebate of up to 29.25% on wages paid to Texas crew. The rebooted Dallas (above) has been filming in its namesake city for two seasons and dystopian drama Revolution is moving to Austin from North Carolina.

To find out more about filming in Texas click here.