Unclear laws in New York about the use of automatic weapons could still affect location filming in the state. From January 2014 ownership of guns that can hold more than ten bullets will be prohibited in New York, but it remains unclear whether the ban will apply to the production industry. 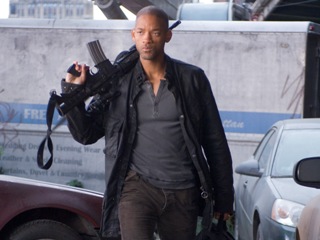 Production companies use a variety of different prop weapons for filming purposes – such as the assault rifle used by Will Smith in I Am Legend (left) – but generally the guns are simply modified to fire blank rounds. New York’s Governor Andrew Cuomo said a few weeks ago that the weapons should be allowed for filming purposes, but a specific legal amendment is no longer being pursued, the New York Times reports.

“Without clarification that the use of prop guns is still permitted on sets, many of the dozens of productions currently shooting in New York could be forced to go elsewhere,” Vans Stevenson of the Motion Picture Association of America told the outlet.

New York will likely offer the production industry some leeway on the issue. The state is one of the top production hubs in the US and will not want to risk alienating Hollywood in a year that the state could break its record for pilot television production.