Washington, DC, remains a popular story setting. Most recently it has inspired drama series House of Cards and hit comedy Veep, although neither show actually shoots in the city. Location Manager John Latenser discusses the practicalities of filming the US capital. 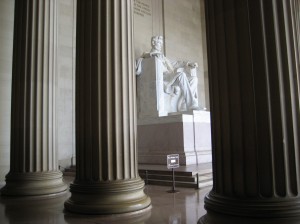 Veep is a comedy from established UK satirist Armando Iannucci that follows fictional Vice President Selina Meyer and her daily struggle to survive Washington politics. Despite the setting, the show is filmed in Baltimore, Maryland, which largely came down to Washington’s lack of filming incentives.

“We spent a lot of time in Washington, DC, scouting the actual sites [for the pilot],” Latenser recalls: “Armando loved DC. If it weren't for the limitations of a non-existent filming incentive, we would have probably filmed the entire series in Washington. Instead, we kept the images of DC in our minds as we found alternatives in neighbouring Maryland.

“I would not consider Washington, DC, to be film-friendly. At the same time, it is not impossible to film if you plan ahead and have enough advance notice and money. It's more about knowing whose jurisdiction a given location falls under. Many times, it falls under several.”

I would not consider Washington, DC, to be film-friendly. At the same time, it is not impossible to film if you plan ahead and have enough advance notice and money.

The District of Columbia has more than 30 separate police forces. Latenser routinely deals with four of them at a time when planning a shoot and has to work around an abundance of additional regulations that often end up “hampering” productions. Michael Bay’s Transformers: Dark of the Moon chose DC for a key action sequence and had to switch locations from the iconic cityscape of The Mall to Pennsylvania Avenue as the team otherwise needed an “act of Congress” to secure the authorisation.

Washington has been considering the idea of a formal filming incentive on and off for several years now. In mid-2012 plans were mooted to carry out a feasibility study into what a programme might involve, but regional competition would be intense.

“There has been talk of filming incentives in DC for years,” Latenser considers: “I think it's exactly what the city needs, but the reality of getting a filming incentive that is competitive with other states or neighbouring Maryland is unlikely.

“It's sad, because DC is a great city. It's full of amazing architecture and history. It's a white-collar town, full of great restaurants, museums and great sites to visit.”