Hit period drama Ripper Street has returned to Dublin for location filming following another series commission from the BBC. The second season is set in the 1890s, with the Irish capital once again doubling for Victorian London. 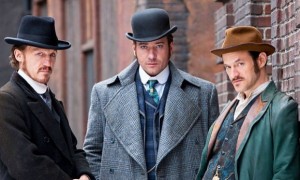 “It's fantastic to begin shooting in Dublin again for the second series of Ripper Street and to be reunited with much of the wonderful cast and crew from last year,” star Matthew Macfadyen told the Press Association.

Ireland recently extended its location filming incentive programme – known as the Section 481 Film Tax Relief Scheme – for another seven years and it will become a tax credit in 2016. The country faces stiffer competition now that the UK has launched a rival TV filming tax credit.

To find out more about filming in Dublin click here.