RSA Films and director Jake Scott doubled Uruguay for a period Cuba in a new series of spots for Bacardi. The ¡Vivimos! campaign recreates the experiences of revolutionary underground leader Emilio Bacardi during the Cuban Wars of Independence at the turn of the 20th Century.

In two separate films, Bacardi commits himself to the revolution while growing his rum company. A third spot, Cuba Libre, features a US soldier helping to free Cuba from the Spanish, who is introduced to Bacardi and cola by a feisty resistance fighter when he pauses for a drink. 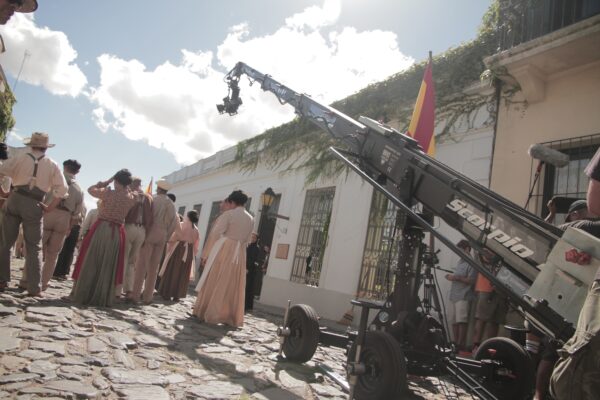 As a US production, filming in Cuba wasn’t possible so Uruguay was chosen as a suitable double. The team worked locally with Jacaranda Films.

“Uruguay was chosen because it had the variety of locations we needed and casting choices,” Scott explains: “We had shot there before and had an excellent experience. Jacaranda Films was tremendous.

“The biggest challenge was the distance from the US, in particular with regard to things like the shipping of the costumes. This was not anything to do with Uruguay, however. Possibly this was a bigger production than the crew was accustomed to but they were incredibly resourceful and professional.”

Filming focussed on the colonial architecture of Colonia del Sacramento in the south-west of the country, Montevideo and nearby Punta del Este further east. Set dressing and props were the only changes made locally.