Thriller White House Down built its Washington, DC, setting on location at Mel's Cite du Cinema in Montreal, Canada. The big-budget studio feature follows a heroic cop struggling to save the President of the United States from a paramilitary invasion of the White House. 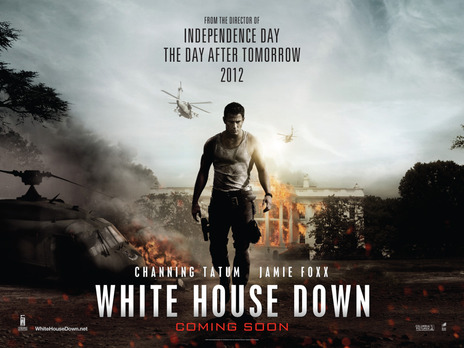 “White House Down chose Montreal because of the right mix of financial incentives and appropriate locations, and the availability of soundstages and crews,” comments Daniel Bissonnette of the Montreal Film and TV Commission: “Director Roland Emmerich had shot in Montreal in 2002 for disaster thriller The Day After Tomorrow and he wanted to come back.

“The biggest challenge with White House Down was to get the Parks Department to allow the filming of several stunt scenes in Parc Maisonneuve, one of the large parks in Montreal. We allowed the production to build the President’s basketball court - tons of concrete in the park! - as well as parts of the White House gardens. Scenes shot there involved car chases on the grass!”

Filming was mostly studio-based and used a handful of empty industrial spaces in Montreal as well as La Cite du Cinema’s purpose-built facilities. Quebec’s generous filming incentives include rebates on local expenses and visual effects that add up to cash back of as much as 44%.

White House Down opens in the US on 28 June 2013 and around the world in the next few months.