Dubai set up a film and TV commission in mid-2012 and the city plans to establish itself as the Middle East's central production hub. The emirate lacks a formal filming incentive but has faith in an informal and fully customisable programme with rebates of up to 20%. 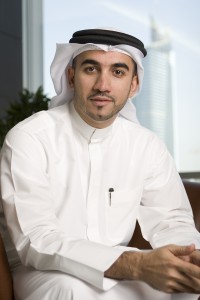 “My responsibility is really to enhance the knowledge-based economy of Dubai by bringing in a variety of entrepreneurs and companies who are involved with developing a media industry,” says Dubai Film and TV Commission Chairman Jamal Al Sharif (left): “Over the last ten years we have witnessed a success story in Dubai by bringing in various types of companies specialising in production, post-production, animation, broadcasting and equipment companies.”

Dubai gets anywhere from 800 to a thousand media production inquiries every year, the vast majority of which are commercial projects. Hollywood film productions are less common, although the city got a major boost a few years ago by hosting centrepiece stunt sequences for Mission: Impossible – Ghost Protocol.

Given that filming incentives have become so integral to attracting the biggest international productions, Dubai’s lack of a formal programme seems at odds with its long-term production ambitions. However, Al Sharif talks about the benefits of a fully customisable incentive programme that changes with each production and can provide glamorous perks alongside rebates of up to 20%.

Our studios are soundproofed and high-ceilinged with post facilities inside and three million square feet of back lot space. You don’t normally get resources like that in the Middle East.

“We customise the rebate depending on the production,” he explains: “We find out when they’re shooting and how long they’re going to be in Dubai. Who are the major stars? Who are they going to bring in? How many crew members and how many local crew members will they be using? On Mission: Impossible we asked them to make a wish list and we told them what we could provide from that list."

“We’re not under pressure to create a fixed rebate programme. Once it’s fixed we couldn’t offer a 20% figure as it wouldn’t matter if a production was shooting for six months or one week. So I’m leaving it open as much as possible so that I can give new customers what they want.”

Once in Dubai, producers have their pick of state-of-the-art facilities. In addition to his film commission duties, Al Sharif is managing director of both Dubai Media City and Dubai Studio City. The latter offers 15,000 square feet of studio space and two more 25,000-square-foot facilities are due to open later this year.

“They’re soundproofed and high-ceilinged studios with post facilities inside and three million square feet of back lot space,” Al Sharif adds: “You don’t normally get resources like that in the Middle East.”

To find out more about the Mission: Impossible - Ghost Protocol shoot click here.

To find out more about Dubai Film and TV Commission click here.