New historical miniseries The White Queen recreated medieval England by filming on location in Belgium with Company Pictures. An adaptation of Philippa Gregory’s novel series The Cousin’s War for BBC One, the drama is set during epic dynastic conflict the War of the Roses.

A combination of abundant historical settings and regional filming incentives resulted in Company Pictures filming the ten-hour production on location in and around Bruges and nearby Ghent, working with local servicing company Czar. Over 120 shoot days, several empty industrial buildings were also retrofitted as studio facilities. 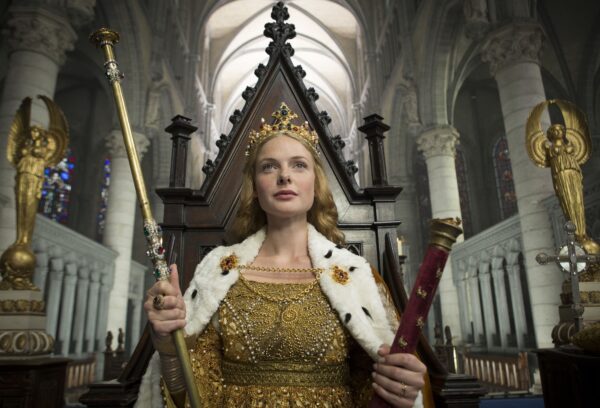 “As The White Queen is an historical drama series set in the 15th Century,” comments Katrien Maes of Screen Flanders, “the production was looking for authentic, well-preserved medieval settings and found those mainly in Bruges and its surroundings, and in the historical city centre of Ghent.”

Bruges and Ghent are both renowned for their well-preserved medieval architecture that was very convenient for The White Queen. Locations in Bruges included the Holy Blood Chapel, the Gothic Hall in the City Hall of Bruges and Jeruzalem Church, while Ghent locations included St Pieter’s Abbey and St Baafs Abbey. Some of these locations were geographically accurate, as events of the War of the Roses in fact spilled over to Flanders as key characters fled their enemies in England.

As The White Queen is an historical drama series set in the 15th Century, the production was looking for authentic, well-preserved medieval settings and found those mainly in Bruges.

“We also informed the producers of the available federal and local incentives and introduced them to potential local partners. As most of the required locations could be found within Bruges, the production chose it as their main production centre.”

Given that The White Queen went into production before the UK’s TV tax credit was launched, Belgium’s filming incentives were also a major appeal. The project was helped by the BNP Paribas Fortis Film Fund through the Belgian Tax Shelter system and from the Flemish Broadcaster VRT. Support also came from the Media Fund of the Flanders Audiovisual Fund (VAF) and Screen Flanders.

Interiors in Bruges and Ghent frequently needed modern elements like radiators and light fittings hidden away, but otherwise the production often only had to bring in furniture to dress the scenes.

“In many places you can film in different directions and only see buildings that are from that era,” comments Eurydice Gysel of Czar: “A lot of the interiors were still in the original condition or easily convertible. Sound-wise the production often had to stop for cars, buses, trains and planes, so keeping the modern world out of shot must have been the biggest challenge.”

The White Queen is screening on BBC One in the UK on Sunday nights and will be showing on Starz this August.