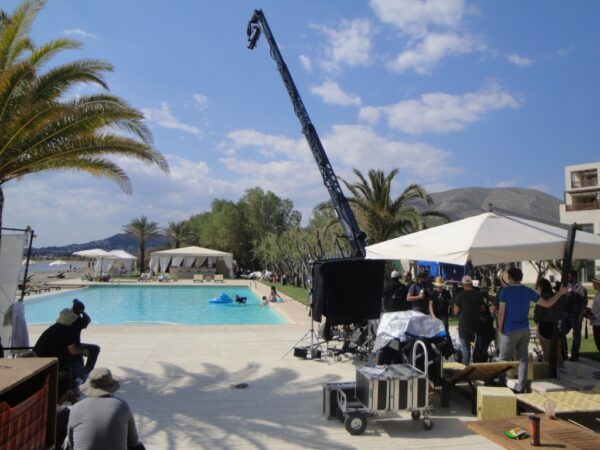 Two separate locations were used for the shoot because the regular hotel pool used for the main setting – at the Plaza Resort Anavissos near the capital - didn’t have the facilities for the high-diving premise.

“All the high-diving pool shots were filmed in a diving pool in Athens and the rest of the shoot filmed in a resort just outside Athens,” explains Maria Kopanou of servicing company Green Olive Films: “In order to match the shots we had to build a smaller, moveable diving board at the hotel location.

“The helicopter shot dive also had to be shot as a [visual effect] plate near the hotel location since the hotel pool did not have the depth to accommodate a high dive and you cannot fly a helicopter over populated areas.”

The two models were flown in from Germany and diving doubles were used for shots involving the midair acrobatics.