Wanda Productions and AllSaints use London heat for Thames filming

Wanda Productions and AllSaints Film – a new production company from retailer AllSaints – chose to capture London’s summer heat wave by taking a model onto the River Thames. Sun City shows a woman sunbathing on sand on a river barge. 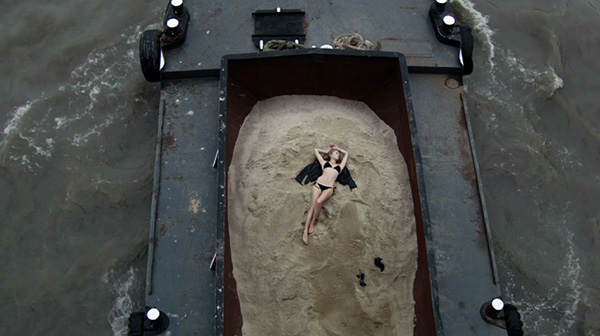 The spot was put together extremely quickly to maximise the chances of the campaign launch catching the uncharacteristic London heat.

“We had the initial idea of Sun City last Wednesday (17 July) when the temperature was hitting 32 degrees,” explains AllSaints’ Creative Director Wil Beedle, “but since London weather is notoriously unpredictable, we gave ourselves the challenge of shooting and sharing it within a week. Let's hope it staves off the rain.”

Permission to film on a working barge was granted by the Port of London Authority once health and safety measures were sorted. Final authorisation arrived minutes before the shoot was set to start on the barge itself, which was owned by Livettes Launches. The production team added the sand and had a finished film just two days after devising the idea.

“Once again, exclusive filmed content proves to be a modern and exciting medium with which to quickly and nimbly communicate the spirit and attitude of AllSaints,” Beedle adds.