Superstar actor-producer Hugh Jackman filmed comic-book follow-up The Wolverine largely on location in Australia with director James Mangold. New South Wales filming locations doubled for Japan and the production based itself at Fox Studios in Sydney.

“[The production team] could see that they could use locations close to Fox studios [in Sydney] where they could easily recreate Japanese and Canadian locations, and arrange complex stunt work,” explains Matt Carroll of Screen New South Wales: “For instance, it would have been very difficult to build a Japanese PoW camp in Japan, whereas it was possible within the Sydney area to build a camp and set explosions.”

Sydney’s Chinese Gardens were among the main local filming locations to be shut down for a period of weeks to accommodate the shoot. The location was closed for a month with the assistance of the Sydney Harbour Foreshore Authority and a large unit base was set up at the nearby Sydney Convention & Exhibition Centre.

We had divers working with the art department to put it all in place and to remove and restore the Chinese Gardens location at the end of four weeks. It was a huge undertaking.

“We had to construct a pontoon in the middle of the lake in the gardens to build an elaborate ceremonial temple,” recalls Location Supervisor Phillip Roope: “It had to be done with no damage to the lake's vegetation or its population of Koi (fish) and turtles.

"We had divers working with the art department to put it all in place and to remove and restore the location at the end of four weeks. It was a huge undertaking.” 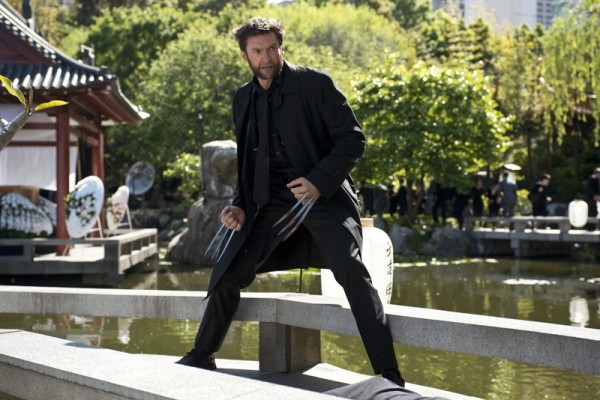 The suburb of Parramatta in western Sydney was also transformed into a Japanese locale for a weekend of filming. Set dressing started on the Wednesday before the shoot and then the road had to be cleaned and returned to its natural state by the early hours of the following Monday.

“We did amazing overhead stunts from tall buildings so we needed to put rigging in so that the actor Will Yun Lee could run across a rooftop,” adds Location Manager Carl Wood: “We went to the original architects for one of the buildings to get the engineer’s report and the architect was able to advise the stunt riggers on the specifications for the building.

“We drilled holes into the buildings to set up the rigging, plus constructed rigging towers, and then had to 'make good' the holes with a specialist at the end of the shoot.”

Several Sydney locations also doubled for other parts of the world. The small Bankstown Airport outside the city centre was covered in fake snow for scenes set in the remote US state of Alaska, while Picton, just outside the city, became an Alaskan town.

“We were lucky enough to find a hardware store in the street that was closed down but still had all its stock in place and then we dressed around it with lumberjack trucks and snowmobiles, and of course spread 'snow' everywhere there too,” Roope comments: “The morning we shot was one of the coldest days in Sydney that year so there was steam coming from people's mouths and [it was] very believable as Alaska.”

Jackman was also a producer on the production and personally lobbied the Australian government for incentive support. A one-off payment of around AUD13 million helped enable the production to come to Sydney.