A group of Bollywood producers and location scouts are exploring potential filming spots in Ireland and Northern Ireland. The trip has been arranged by Tourism Ireland in India and is designed to promote the regional production industry and boost film tourism. 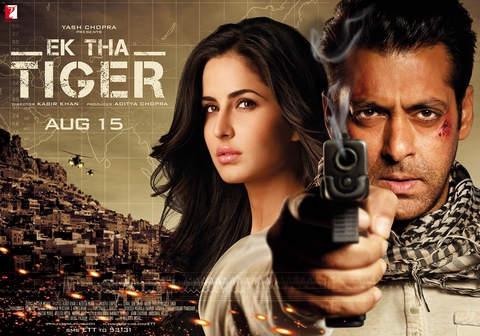 “We know that film and television are recognised as strong influencers for prospective holidaymakers,” said Tourism Ireland’s chief executive Niall Gibbons: “Tourism Ireland regularly works with TV and film production companies to facilitate the making of films and travel programmes around the island of Ireland.

“Films shot on location here, like Ek Tha Tiger, are really influential, helping to increase awareness of Ireland, to whet appetites among Indian travellers who are always on the look-out for new destinations and create a curiosity to come and visit the places where the film was shot.”

The week-long trip includes studio tours and has been arranged in conjunction with the Irish Film Board and Northern Ireland Screen. Irish authorities want to attract more Bollywood productions of the calibre of Ek Tha Tiger, which filmed on location in Dublin and was a huge hit in India.