The director of crime movie Filth has said that having film studio facilities in Scotland could help stimulate the production industry. Jon Baird made the movie – based on a novel by Irvine Welsh – on location in Scotland and also on mainland Europe. 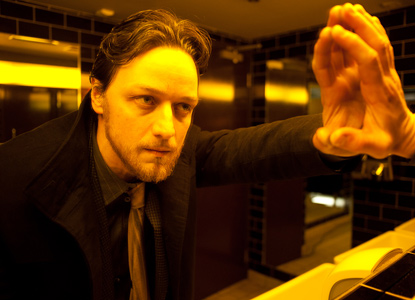 Baird praised Creative Scotland for its production support but explained to BBC Scotland that filming incentives also drew the shoot to Sweden, Belgium and Germany, the Scotsman reports.

“The crew we had was pretty much all Scottish,” Baird told the outlet: “They followed us all round as well, to the different countries.

“The thing that Scotland has got is the talent, whether it is behind or in front of the camera, and what we probably could be doing with is a studio somewhere. That would be fantastic because we’ve got the people [and] we’ve got the talent; we just need the facilities.”

Scotland is a popular international filming location and in recent years has hosted major features including World War Z and Cloud Atlas. Plans are underway for a potential GBP6.8 million studio facility on Glasgow’s waterfront.

To find out more about World War Z filming in Glasgow click here.