London-based Bang TV has staged a European-set road trip filming on location in and around Santiago in Chile for Bridgestone tyres. Everywhere features a bored young office worker abandoning his cubicle for a wild road trip by bus, motorbike and classic car.

“We chose Chile because it had the greatest selection of European-looking locations within a shortish drive of Santiago,” explains Bang's executive producer Jeremy McWilliams: “We had beautiful mountain roads, gorgeous Italianate cobbled streets, secluded beaches and lush forests all within two hours of the capital.” 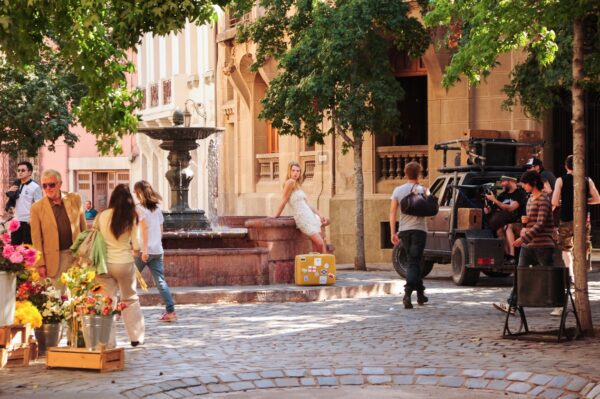 Spain and Portugal were considered as filming locations, but Chile offered better weather conditions for the February shoot. The production filmed towards the end of a dry Chilean summer, but the team had bright sunshine on each shoot day.

“We filmed in city, beach and mountain locations all within a two-hour drive of the capital city: Santiago, Valparaiso and Farellones,” says Lorenzo Benedick of Vagabond Films: “Chile is unique because it gives us the flexibility to find this variety of locations within a 200 km radius.

"Santiago can easily double for any modern international city and we can also find the Mediterranean look, northern feel and the American suburban look.

“Our main goal was to find a suitable country to double for the entire Europe, from the UK to Scandinavia and Germany, through the Alps down to France, Italy and Spain.”

Chilean road signs were removed to ensure that each place was convincing as a separate part of Europe and each classic vehicle used in the spot needed the correct tyre type.

“The crew, service, equipment, cast, food and wine all added to one of the most enjoyable productions I've ever had in 20 years. We can't wait to go back!” McWilliams adds.