Upcoming Man of Steel follow-up Batman Vs Superman will film on location in Detroit, Michigan. Shooting will take place in the first quarter of 2014 and the movie will get a filming incentive payment of around USD35 million on planned local expenditure of about USD131 million. 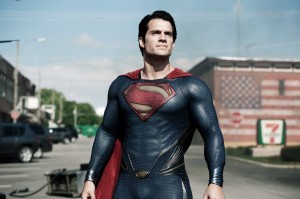 “Detroit is a great example of a quintessential American city and I know it will make the perfect backdrop for our movie,” commented director Zack Snyder: “Detroit and the entire state of Michigan have been fantastic collaborators and we are looking forward to working together on this film.”

Securing Batman Vs Superman – still a tentative title – is a big boost for Detroit. The Michigan city has major economic problems and filed for bankruptcy earlier this summer. However, it continues to appeal to high-end feature films and TV productions, partly due to the state’s competitive filming incentive grants of up to 32%.

Detroit is a great example of a quintessential American city and I know it will make the perfect backdrop for our movie.

Previously, Man of Steel used Chicago as Metropolis, while Christopher Nolan also used the city as Gotham for Batman Begins and The Dark Knight.

To read more about the Man of Steel shoot click here.