Vin Diesel’s new sci-fi movie Riddick was filmed on location in Quebec, using the Canadian province’s generous filming incentives. The USD40 million feature filmed in just 47 days and is the second sequel to Pitch Black, which made stunning use of Australian locations in the late 90s. 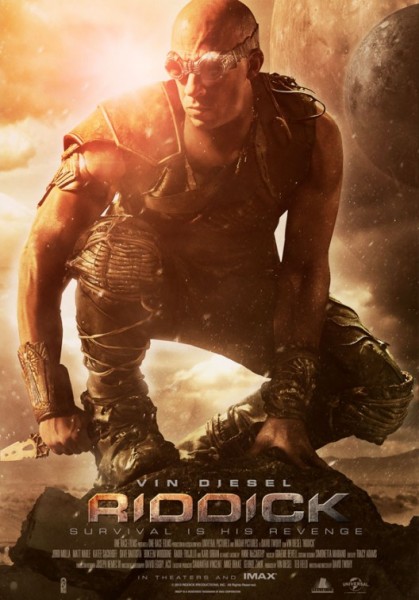 Pitch Black was filmed on location in Queensland and South Australia, with Outback locations standing in for a visually striking alien planet. Production shifted to British Columbia for the first sequel, Chronicles of Riddick, in 2004. Filmmaker David Twohy directed all three films and told Australian Associated Press (AAP) that an Australian shoot was simply too expensive for Riddick.

“When you look at the dollars and cents, Australia does have some kind of film incentive programme, but it is just not nearly as strong as Canada,” Twohy told AAP: “When you are trying to make a movie for a price, you have to chase that.

“Unfortunately that's why so much US production is in Louisiana now because they have this strong 40%* rebate programme going on. I hope it changes because we had a very good time in Australia.”

Australia’s strong dollar and limited filming incentives have affected its international production appeal. The government has gotten into the habit of negotiating one-off incentive payments to help secure big-budget studio shoots and earlier this year set up a AUD20 million fund to continue financing the practice.

Australia does have some kind of film incentive programme, but it is just not nearly as strong as Canada.

Disney is set to film a new big-budget adaptation of 20,000 Leagues Under the Sea in Australia with the help of a AUD22 million one-off payment, but production has been pushed to 2014. Before that, Angelina Jolie is expected to begin directing her World War II feature Unbroken in Australia before the end of 2013.

*The base rate is actually 30% but extras are available in certain circumstances.