The filmmaker behind recent serial killer drama The Frozen Ground has commented on the need for Alaska to develop its production infrastructure. Filming incentives enabled Scott Walker to shoot the Alaska-set story on location in and around Anchorage. 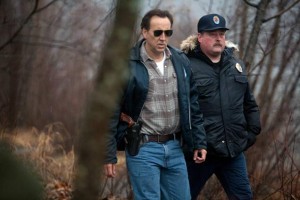 “If the tax incentive wasn't here, there's no way we would have come and filmed the film here,” Walker told local CBS affiliate KTVA: “There aren't a lot of great big facilities at the moment. The industry is very young and still getting off the ground. It needs a lot of infrastructure to lift itself.”

Ron Holmstrom, of the Screen Actors Guild of Alaska, revealed to the outlet that getting specialist equipment to Alaska can be a time-consuming effort. From California the journey involves a drive to Seattle in Washington State and then a barge across the Gulf of Alaska.

Alaska offers a generous filming incentive package and has a USD200 million film fund for the next ten years. However, the programme has been politically divisive and the state has still faced a challenge appealing to big-budget productions when regions like Alberta in Canada can easily double for northerly locations.