Feature film Dallas Buyers Club, whose star Matthew McConaughey is being widely tipped for an Oscar nomination, filmed on location in New Orleans, doubling the Louisiana city for Dallas, Texas. The film tells the true story of a bigoted electrician diagnosed with HIV in mid-80s Dallas. 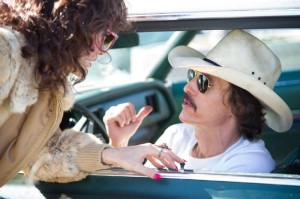 “Obviously if we could shoot this in Dallas for the same price, we’d shoot it in Dallas,” McConaughey told the Dallas Morning News: “Then you’d get all those extra things where people from Texas can say, ‘I know where that is!’ But the studios are going to check out where they can save every penny on that dollar.

“You have to watch the tropical foliage; that ain’t in Dallas. In some places you can see the humidity and the mildew and the overgrowth where Mother Nature takes over in New Orleans.”

Louisiana’s competitive 30% filming incentive has turned it into one of the top production hubs in the US and an easy double for Texas. Filmmakers are also increasingly doubling New Mexico for Texas, which borders the Lone Star State to the west and also offers filming tax credits of up to 30%.