American director Dennie Gordon filmed on location in Hong Kong and on mainland China for new spy fantasy My Lucky Star, featuring Taiwanese star Ziyi Zhang. For Gordon, the shoot was an event-filled experience that highlighted the differences between Eastern and Western film production.

Gordon committed to the Chinese production because she wanted a change from American shooting and felt that the US film industry “just wasn’t here” anymore, she revealed in an interview with the LA Times. 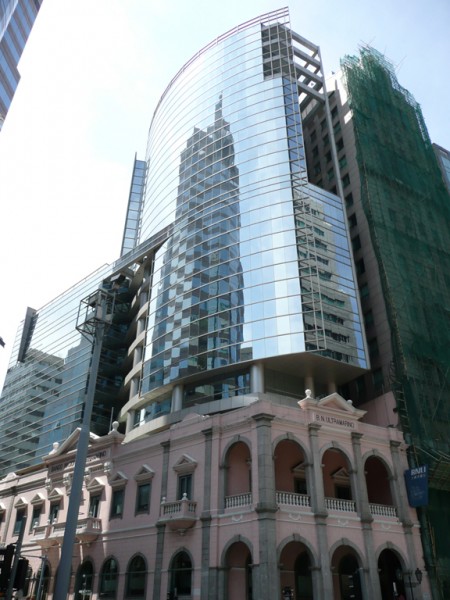 The language barrier was among the bigger challenges Gordon faced filming on location in Hong Kong, mainland China, Macau (right) and Singapore. While Ziyi and Gordon’s Director of Photography Armando Salas were fluent English-speakers, the crew were from Hong Kong and production meetings were spoken in Mandarin, Cantonese and English.

“I’d want to speak to the crew and I’d say something, and the translator would go and talk and talk and talk,” she told the outlet: “He was a very straight-laced guy - he had a business background but was linguistically brilliant. Yet I just knew that my humour was not coming through.”

Gordon ended up quickly cutting together an initial trailer three weeks into the shoot to communicate more effectively with the crew about the project she was trying to make. In the first few days of filming, however, weather proved the biggest issue as a devastating hurricane swept through the set on Day Two.

“This floating village - where the safe house in the movie is - was completely wiped out,” Gordon recalled: “We had to hide in the centre of our hotel because the glass was being blown all around. And I thought we’d just get the insurance like we do in the West. And they said oh no, we don’t have insurance. So we had to figure out how to make up the difference - we were down for ten days and had to rebuild the set. I just started pulling pages out of the script. We shot a very tight little movie.”

We had to hide in the centre of our hotel because the glass was being blown all around. And I thought we’d just get the insurance like we do in the West. And they said oh no, we don’t have insurance.

Filming reached a low point when the production set out to shoot action scenes in a sewage plant. The location was visually arresting but had a horrific smell made worse by the hurricane they had already endured, and on top of that the stunt crew wasn’t up to the job. Luckily for Gordon, Jackie Chan was on hand to make life a little easier when he visited the set to touch base with his friend Ziyi.

“He just gave us his guys,” Gordon remembered: “We couldn't afford his guys; they're the best guys on the planet. We had his entire team and all their harnesses, so when you see the movie, you see Wu Gang, action stunts - that's Jackie's number one guy. He just really stepped up to the plate. He's just that extraordinary; that generous.”

Gordon added that she found some of the Chinese work practices inspiring, and particularly the habit of hiring additional personnel to help inexperienced crew members, rather than replacing entire teams: “Better to put more people in to support that team. Not to fire people or point fingers. To make sure that everyone feels respected.”