Officials in Maine in the north-east corner of the US are to push for a sweetened filming incentive programme. The state offers a limited series of small filming rebates and tax credits for productions that spend at least USD75,000 locally, but the programme lacks a competitive edge. 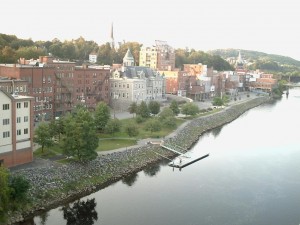 “Everyone knows that Maine is beautiful. We are telling people that we have plenty of lighthouses and talented crews who have worked on a lot of productions,” Maine Film Office director Karen Carberry Warhola told Bangor Daily News.

Warhola has only been in the job for a year but has already doubled the state’s direct production expenditure income from the previous 12 months. This still amounts to less than USD4 million, although when so-called ‘multiplier effects’ are taken into account this figure is much higher. Nevertheless, production experts have highlighted the need for a more generous filming incentive programme.

“Maine is a favourite location for producers and directors because of its topography and beautiful coast and mountains and cities,” Vans Stevenson, of the Motion Picture Association of America, told the outlet, “but as the cost of production has increased and the pressure continues on budgets, right now companies are looking for credits that offset the cost of production. We would view Maine as not competitive.”

Everyone knows that Maine is beautiful. We are telling people that we have plenty of lighthouses and talented crews who have worked on a lot of productions.

Officials are awaiting new figures in February 2014 that are expected to strengthen the case for stronger local filming incentives.

Maine may soon face more intense competition from its southern neighbours. New Hampshire is one of the few states in the country that doesn’t currently offer any kind of filming incentive, but the government is under pressure to change this.