BBC Worldwide will be boosting its UK filming spend by 10% for the next 12 months, bringing the total to GBP200 million. Drama productions on the scale of The White Queen are likely to be among the type of projects to benefit from the budget hike. 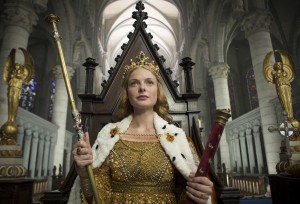 “Supporting creative talent has always been important to our success and we want to partner with writers and producers who have a real passion for their ideas,” BBC Worldwide’s chief content officer Helen Jackson told Televisual: “And we’re placing bigger bets to achieve this, often having BBC Worldwide become a significant co-production partner and, increasingly, as the commissioner.

“We’re also bringing international investment to the table – which has enabled critically acclaimed shows like Top of the Lake and Orphan Black to be made.”

Productions filming in the UK can apply for the government’s recently-launched television filming tax credit, which is designed to encourage more TV shooting in Britain.

To find out more about The White Queen filming on location in Belgium, click here.