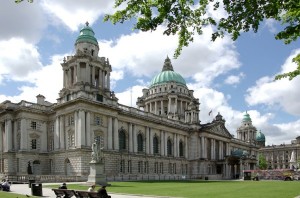 “Film and TV in the last four years - those projects parts of which have been specifically supported by Northern Ireland Screen - have generated a direct spend of GBP121 million on goods and services,” CEO Richard Williams told a tourism workshop, according to the Belfast Telegraph: “That direct spend is still our primary purpose - to deliver direct economic value to Northern Ireland.

“There’s absolutely no reason why over the next four years we can't double that. It will be something of a disgrace if we don't achieve that.”

Northern Ireland has hosted HBO’s hit fantasy drama Game of Thrones for three seasons and a fourth is about to start filming. The lavish production has helped build the region’s crew pool, while the UK’s new television tax credit is also a benefit.

Northern Ireland has benefitted from direct production spending of GBP121 million since 2009.

High-profile feature Dracula: Year Zero is a recent visitor to Northern Ireland, along with high-end television shoots such as the BBC’s crime drama Line of Duty and The Wipers Times.