Norway is being considered as a filming location for an epic new Viking production telling the story of 11th Century Viking king Harald Hardrada. Producer Barrie Osborne has visited the country and is reportedly looking for filming incentive support for the shoot. 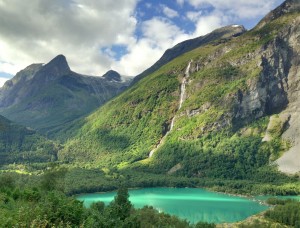 Osborne worked on the Lord of the Rings trilogy and more recently Baz Luhrmann’s adaptation of The Great Gatsby, and he visited Norway on a familiarisation trip hosted by Western Norway Film Commission, Film Commission Norway and Filmkraft. The producer is reportedly looking for a USD10 million rebate on possible local expenditure of USD60 million.

The Viking production may be the same that Leonardo DiCaprio is known to be actively developing - Osborne worked with the star on The Great Gatsby. Osborne wants to film the bulk of the production in Norway, according to comments he gave to Norwegian paper Stavanger Aftenbladet reported by The Local Europe, but a large-scale shoot will require government support.

“There is so much to tell about Harald that it does not fit in one movie,” Osborne told the outlet: “We need to create a trilogy. It will have the same structure as Lord of the Rings, where the hero travels through many countries and kingdoms. If you are going to get a big movie shot in a country, it is essential that the authorities in the country help.”

If you are going to get a big movie shot in a country, it is essential that the authorities in the country help.

Norway does not have a formal international filming incentive, although the government recently announced plans for a feasibility study. Scandinavian history has already found success on the small screen with History Channel’s Vikings, but the production uses generous filming incentives on location in Ireland.

To read about The Location Guide's experience of scouting Norway click here.